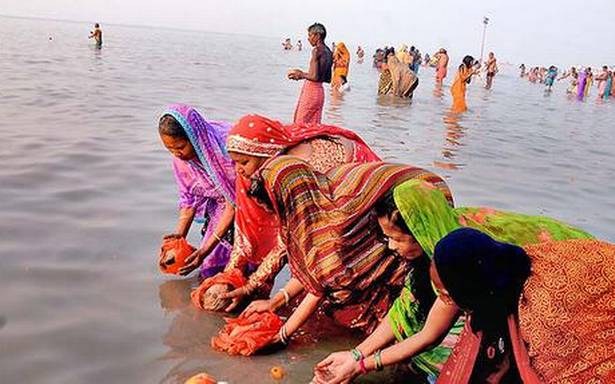 Court asks govt. to set up panel to check health safety norms during the event

The Calcutta High Court on Friday allowed Ganga Sagar Mela to be held in West Bengal. However, it directed that a committee be set up to recommend to the State a ban on entry to the Sagar Island, where the pilgrimage is held, if there was any violation of health safety norms.

The Court was hearing a PIL by a medical practitioner seeking directions to restrict and regulate the gathering of pilgrims, sadhus and tourists in Sagar Island during the mela scheduled from January 8 to January 16.

The court also directed that the State should fully implement the directions contained in the order dated January 8, 2021.

It also directed that the Home Secretary to “issue advertisements in daily newspapers and through the electronic media making the public aware of the risk of visiting Ganga Sagar Island between 8th and 16th January, 2022, in large gatherings and will make an appeal to them to stay safe and desist from visiting the island during this period”.

In the order, the court also pointed out that an affidavit filed by the State government on January 6 where the government has stated that it is not in favour of banning the mela at this stage in view of the arrangements already made.

“About 30,000 people have already visited the mela ground and nearly 50,000 people including sadhus have arrived and due to the COVID-19 situation, the inflow of devotees has come down and only about four to five lakh pilgrims are expected to arrive between January 6 to 15, 2022,” the order refers to the affidavit filed by the State government.

A few days ago, Chief Minister Mamata Banerjee had also said that she cannot ban or impose curbs on the mela as it is not the State government’s event.

Civil rights groups in the State expressed surprise that the post of the chairperson of the West Bengal Human Rights Commission remains vacant.