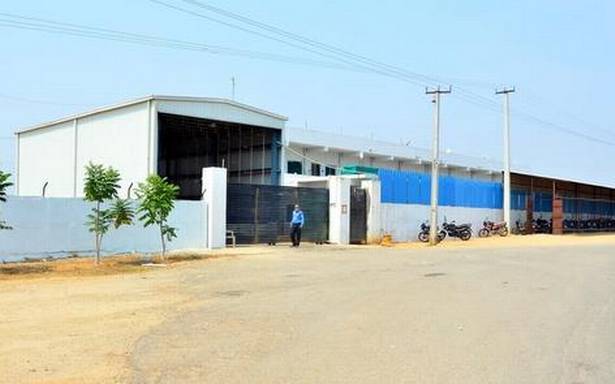 Telangana High Court on Tuesday issued notices to the State government after hearing a writ petition filed by Jamuna Hatcheries Pvt. Ltd., owned by members of family of former minister Eatala Rajender, alleging that authorities trespassed into their lands in Medak district in the name of conducting inquiry into ownership of the lands.

Justice T. Vinod Kumar, who heard the petition filed by moving House Motion, instructed the government to file counter affidavit in the matter within four weeks. After hearing contentions of senior counsel D. Prakash Reddy and Advocate General B.S. Prasad appearing for petitioners and government respectively, the judge observed “there was prima facie violation of principles of natural justice and non-adherence to provisions of the Telangana Land Revenue Acts” while conducting the inquiry.

The judge directed Medak District Collector not to interfere with the lands of the Jamuna Hatcheries Pvt. Ltd. till further orders. The Director General of Vigilance and Enforcement and Anti-Corruption Bureau along with Medak Superintendent of Police were instructed not to initiate any coercive steps against the petitioners.

The judge noted that Section 153 of Telangana Land Revenue Act mandated that land owner should be put on notice before commencing an inquiry. This was not followed in the present case. Justice T. Vinod Kumar, however, said the authorities were free to take any action against the petitioners if they intended to do so, but that should be done in compliance with principles of natural justice and following due procedure of law.

Further, they should not take into consideration the report submitted by Medak District Collector on the said lands to the Chief Secretary as the land owners were not given prior notice, the judge said in his interim directions. Referring to AG’s contentions, the judge observed that the court was not shown any evidence to confirm if the petitioners were given any notice. The government had also not furnished how the Collector was vested with powers to conduct such an inquiry.

Mr. Eatala Rajender, who was minister in the Telangana Cabinet, was stripped off his Medical and Health portfolio four days ago. Immediately after that, Chief Minister K. Chandrasekhara Rao ordered for an inquiry into the allegations that the lands in Medak district on which a mega hatchery was being established by Jamuna Hatcheries, which was promoted by family members of his Cabinet colleague, was assigned land that had been acquired illegally. A day after the inquiry was taken up by teams of Vigilance, Anti-Corruption Bureau and Revenue officials, Mr. Rajender was dropped from the Council of Ministers.