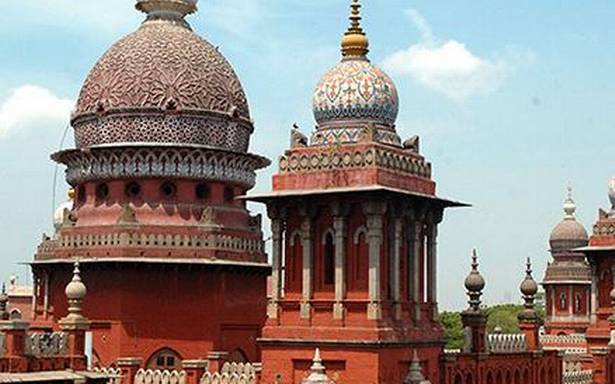 Justice V. Bharathidasan would be hearing the first three petitions.

The Madras High Court is all set to commence hearing from Monday several election petitions that had been filed in the court in the last two months challenging the victory of candidates from various constituencies in the Assembly elections held this year in Tamil Nadu as well as Puducherry.

AIADMK candidate S. Selva Mohandas Pandian who had lost to Mr. Nadar by a thin margin of 370 votes had approached the court, through his counsel B. Arvind Srevatsa, seeking recounting of postal votes as well as the Electronic Voting Machine votes that were counted between rounds 28 to 30 in Tenkasi constituency.

Claiming that there was a mismatch between the votes polled and the final results announced by the Returning Officer of Tenkasi, the petitioner alleged non-compliance of rules on the day of counting. Mr. Nadar was declared elected on May 7 since he had polled 89,315 votes as against 88,945 votes polled by Mr. Pandian.

Actor and Makkal Neethi Maiam leader Kamal Haasan was the runner up in Coimbatore South Assembly constituency as he had polled 51,481 votes against 53,209 votes polled by Ms. Srinivasan, but the election petition against her had been preferred by K. Raghul Gandhi who had contested as a candidate of Hindustan Janata Party and secured 73 votes.