‘It is so gratifying that I was able to help donate 130 eyes to those who needed them.’

Even when Joseph, a farmer from Adivaram in Kozhikode district, agreed to donate his wife’s eyes after her sudden death, he was not aware of how it was done.

Today, making people understand the importance of donating eyes after death is his mission in life.

Because of him, eyes of 65 people have given light to 130 people who otherwise had not seen the world till then.

“You need a lot of conviction, belief in yourself and courage to go a place when someone is sick and talk about donating their eyes after their death”, says Joseph.

My introduction to the idea of donating eyes happened some time in 2005 when our parish arranged an awareness camp on eye donation, and both my wife Leelamma and I had attended it.

This was 6-7 months before I lost her, and in fact, after the class both of us talked about the idea of donating our eyes after death. And then we totally forgot about it.

A few months later, my wife had a brain haemorrhage while having a cup of tea and she collapsed.

She had to be admitted to hospital, but she passed away the very next day. I was heartbroken like any other partner.

My friend, who was next to me throughout the ordeal, had overheard our conversation at the eye camp.

A little while after her death, he asked me, ‘Should we not donate her eyes, Joseph?’

The first thought that came to my mind was, ‘I have lost my family, but what is more gratifying than helping two people see the world.’

I didn’t have to think twice and I decided to donate her eyes.

I have to thank my friend for reminding me at the right moment.

My friend informed the Comtrust Charitable Eye Hospital in Kozhikode, and they reached the hospital very soon.

The decision to donate her eyes

Though I took such a brave decision, I didn’t have any more knowledge of how exactly they were going to do it.

I was under the impression that they would scoop her eyes out and then put a piece of cotton in their place.

In such a case, I thought my wife would look unsightly which I could not tolerate.

So, I told the doctor to see to it that she would look as normal as possible. He told me they would take only the cornea from the eye and not the full eye though I had no idea what the cornea was.

I also wanted to know who they would be donating her eyes. But he said, they would not part with that information as it was against the law.

Yes, it is true, if I had known who got her eyes, I would have the urge to go and see the person at least once a week.

But when I was asked to sign the papers of agreement, my hand started trembling.

Ten minutes after I signed the papers, the doctor asked me to go and see my wife. I was astonished to see no change on her face even after they had taken ‘her eyes’!

Even today majority of the people think eye donation is taking the eye out of the socket. 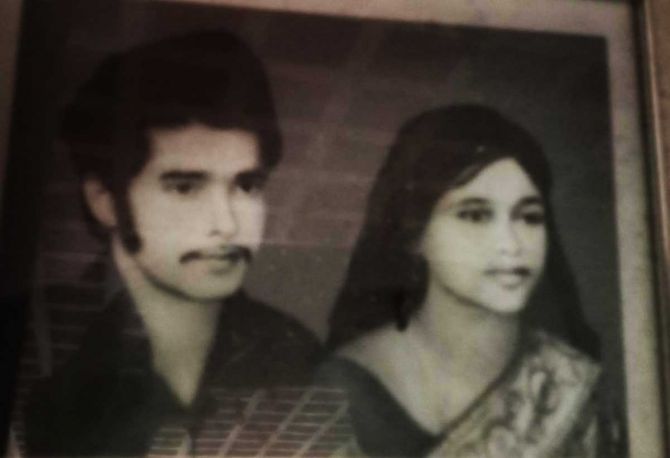 The feeling after donating her eyes

I cannot say in words what I felt after I donated her eyes.

Yes, for one whole week, I was mourning her death and I could not think of anything else but her loss.

But after a week when the hospital called me to say that my wife’s eyes gave sight to two people who had not seen the world till then.

The happiness and satisfaction I felt still lingers in my mind. I don’t think I will ever let go of that feeling.

A new mission in life

It changed my whole life in such a way that the mission in my life became making more people do this noble deed.

I know the misconceptions and lack of awareness I had about eye donation. I also know that majority of the people are like me.

It is also true that many people find it difficult to take the decision to donate the eyes of one’s dear ones. Yes, your hands will tremble when you were to sign the papers.

But once you have the awareness about how noble this deed is, people will come forward without thinking twice.

As I was the first person in this area to donate my wife’s eyes after her death, it was big news among the people in Adivaram.

And they also saw my wife’s face after the donation, so they knew eye donation was not scooping a person’s eyes out.

How I work is, I go to the houses where somebody is seriously ill or on deathbed.

The first person I went to meet was my neighbour Balakrishnan when he was very ill.

I told him and his wife first about donating his eyes after his death, then spoke to his son and daughter-in-law. All of them agreed with me.

From then on, whenever I came to know about someone being sick somewhere, I went to meet the sick person first, and then try to impress upon his children or wife or husband or nephews on eye donation.

I can make them understand the importance of donating the eyes because I have already donated my wife’s eyes. I was not just preaching; I was leading by example.

So, albeit reluctantly, they agree to do it.

But not just agreeing is enough, we should come to know about the death without any delay so that we can intimate the eye hospital.

Most of the times, the relatives of the diseased person would not call you at the time of death as they might be in shock. So, I tell their neighbours to intimate me. 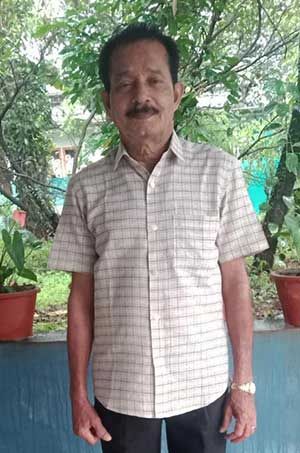 Expanding the area of operation

If it was only the people in Adivaram I visited first, slowly I started going to the nearby places too.

My friends and also those associated with the organisation, Pain and Palliative Care, alert me if somebody in their area is sick.

I go alone most of the time. I have no hesitation going to a stranger’s house and talking about the importance of eye donation.

Instead of visiting a house after a death, I go there when a person is sick.

You need a lot of conviction, belief in yourself and courage to go a place when someone is sick and talk about donating their eyes after their death.

I tell them first about my experience and thus try to inspire them. I share with them the kind of happiness I got when I came to know that two people got sight because of my wife.

Even after they agree, I tell the neighbours to alert me once the death happens.

It is so gratifying that I was able to help donate 130 eyes — that is from 65 people — to those who needed them.

It is an overwhelming experience when you come to know that a person regained sight because of the work you did, which no money or material possession can give you.