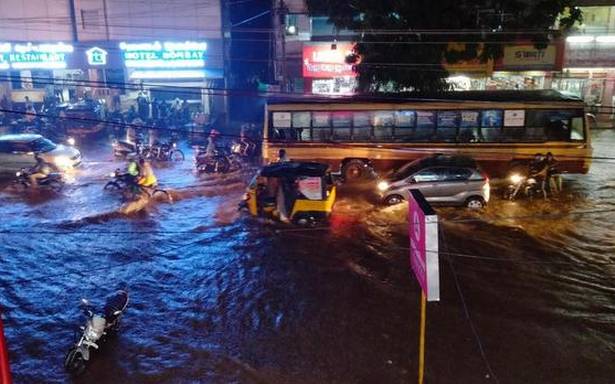 Arterial roads in Rajapalayam town were flooded on Wednesday after heavy rain lashed the town for more than two hours.

The flooded roads disrupted normal traffic for a brief while.

The rain that started at around 5.30 p.m. continued till 7.30 p.m. Office-goers and shoppers were caught unawares by the sudden downpour.

Traffic snarls were reported in areas around the old bus stand, Gandhi Statue roundabout and Government Maternity hospital. Engines of some two-wheelers stalled as water entered the silencers.

Though local people complained that non desilting of drainage channels had led to water logging in low lying areas, a municipal officer said that water had drained immediately after the rain stopped.