High cost of hiring big tractors to manage stubble hits Punjab’s efforts to keep farm fires in check; On Monday, 3,590 fires were recorded across the state 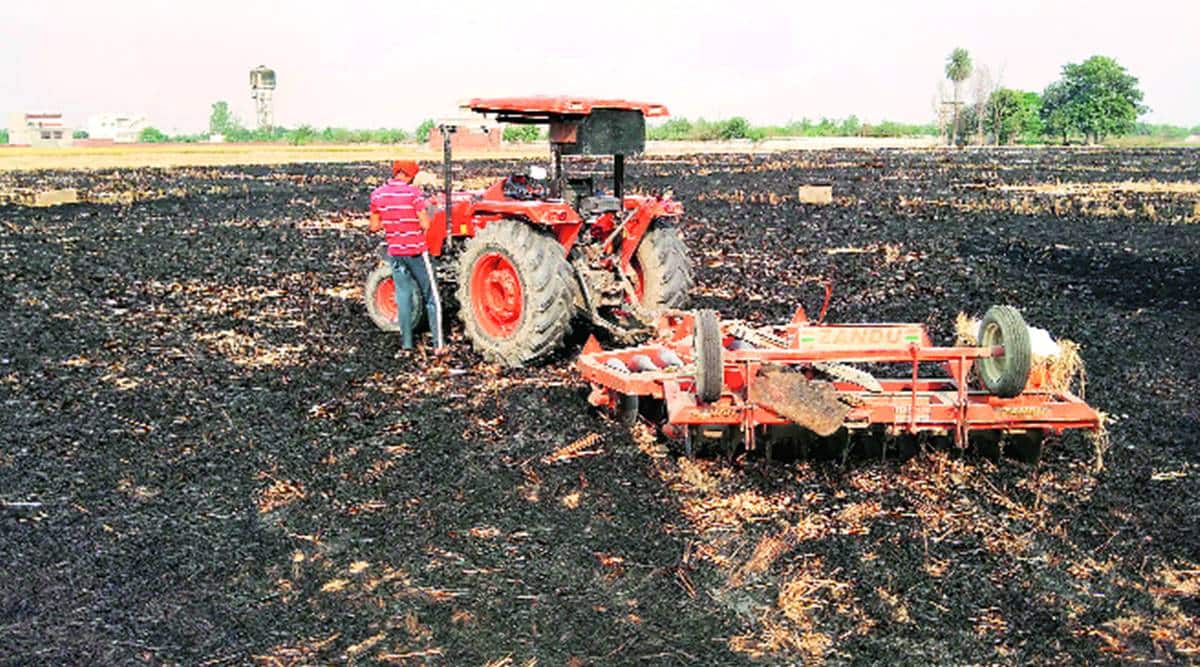 While Punjab has got the highest number of stubble management machines (around 74,000) this season coupled with a government policy of providing them to small and marginal farmers at nominal rent, still the state has seen stubble burning incidents surge past last year’s figure. Till November 2, the state recorded 39,168 stubble fires against 27,582 last year till the same date. The reason is a crucial gap in the stubble management process that the farmers says government failed to factor in its policy.

So, despite owning a tractor majority farmers have to hire a tractor to run these machines and this is what discourages them because the hiring charges of a tractor have not been lowered like that of stubble management machines.

This is the reason that despite owning 8 per cent of the country’s total number of tractors against just 1.53 per cent of its total land, Punjab is struggling to put its stubble management machines to effective use.

“Around 19,000 custom hiring centers have been opened across the state by the government so that farmers can rent out these machines at their respective villages but now farmers are finding a lacuna in this scheme and all small, marginal, semi-medium and even medium farmers are finding it a costly affair to hire big tractors,” said a senior officer in the Punjab Agriculture Department.

A Jalandhar farmer said: “I went to hire these machines from the custom hiring centre of my village and the hiring rates were not more than Rs 200 to Rs 500 per acre and I could easily afford these, but the tractor charges were around Rs 1,200 to 1,500 per acre. So, I decided to burn the stubble on all my 7 acres of land.” He added that though he was fined for burning stubble, but this fine was not even half of what he was required to spend on the stubble management.

“I have a 35 HP tractor, but it cannot run Super Seeder,” he further explained, adding that there are a large number of farmers in his area who own tractors but they are not capable of running these machines and even if their tractors run some of these machines even then several rounds of the field are required before sowing the next crop and it proves a costly affair.

“We are even ready to provide free machines to the farmers if they bear the diesel cost of the tractors and wear and tear expenses of the machines,” said Satnam Singh, owner of one such custom hiring centre at village Rajjian in Amritsar, adding that if the small tractors were able to run these machines then the demand for these machines would have been manifold because several farmers were interested in hiring these this time due to the nominal hiring rates.

According to the Punjab Agriculture Department, the total number of tractors in Punjab is between 5 lakh to 5.25 lakh out of which nearly 30 per cent to 35 per cent are owned by nearly 5 per cent big farmers of the state and remaining 65 per cent to 70 per cent are owned by the medium, semi-medium and at even by some small farmers but around 60 per cent of these tractors are either up to 40 HP or less than that and now several medium and big farmers are replacing their small tractors with the big one.

To run such machines minimum 50 HP to 60 HP tractor is required, said Nihal Singh, a big farmer from Sultanpur Lodhi, adding that he manages stubble on 300 acres of land and owns three big tractors to run stubble management machines.

Baldev Singh Amar, chairman of All India Agriculture Mechanical Machinery Association (AMMA), said that following the availability of stubble management machinery in Punjab, most of the farmers are replacing their small tractors between 30 to 40 HP with 50 HP and above tractors which cost between Rs 6 to 10 lakh. But still the number of small tractors is more in Punjab, he added.

Bharti Kisan Union (Dakaunda), General Secretary, Jagmohan Singh, said that it is not viable for small, marginal and semi-medium farmers to spend Rs 2,000 to 3,000 per acre for managing stubble as already farmers are not getting the full price of their crops as set by the Commission for Agriculture Costs and Prices (CACP).