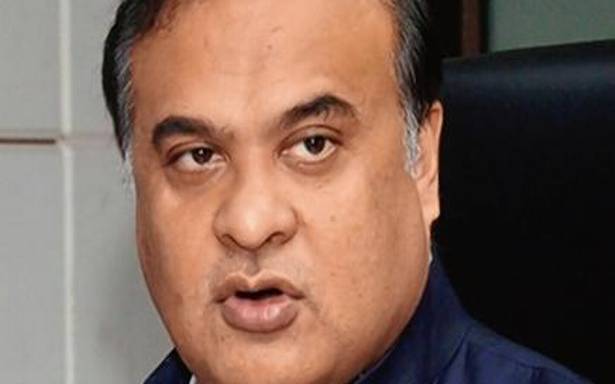 Recommendations of panel on Clause 6 of Assam Accord cannot be implement because they are far from legal reality, he says

He backed the Centre’s decision to protect Hindu immigrants by implementing the CAA and said the BJP’s agenda for the upcoming Assembly elections would be to strike a fine balance between Assamese interests and Hindu interests.

The CAA seeks to provide citizenship to non-Muslims who allegedly fled religious persecution in Afghanistan, Bangladesh and Pakistan and took refuge in India till December 31, 2014.

“Those who think India started in 1947 and not as Bharat 6,000 years ago differentiate between Assamese and Hindus or Indians. We don’t differentiate and want to fight the upcoming elections on this agenda,” he said at the release of his fourth book titled “Eta Xopunor Pom Khedi” (Chasing a Dream) on Wednesday.

Indicating some groups were going overboard against the CAA, Mr. Sarma said the rules of the law will ensure a “fine balance between Hindu interests and the interests of Assam” as India cannot turn away “those who are not a threat”.

The focus of the BJP’s campaign would thus be on a mix of Hindu and Assamese nationalism, he said.

“When we promised to protect jaati [race], maati [land], bheti [foundation] in the 2016, people misunderstood according to their community. We don’t have an iota of doubt this time. The credo of our manifesto will be staunch nationalism and positive regionalism,” Mr. Sarma said.

The Finance Minister said the government cannot implement the recommendations of a panel on Clause 6 of the 1985 Assam According because they are “far from legal reality”.

The clause seeks to guarantee constitutional safeguards for the Assamese or indigenous people.

“The committee’s recommendations are far from the legal reality of the land. They go against many Supreme Court judgements. How can we implement them?” Mr. Sarma said.

The panel was set up by the Union Home Ministry in 2019. Headed by retired judge Biplab Kumar Sarma, it submitted its report to Chief Minister Sarbananda Sonowal on February 25. The report is yet to be forwarded to the Centre.

Not keen on contesting polls

Mr. Sarma said he was not keen on contesting the 2021 State polls to be held by May but would abide by the BJP’s decision.

“I handed over a letter to [State BJP president] Ranjeet Kumar Dass saying I don’t want to contest the elections. But I have also written that I will contest if the party wants me to,” he said.