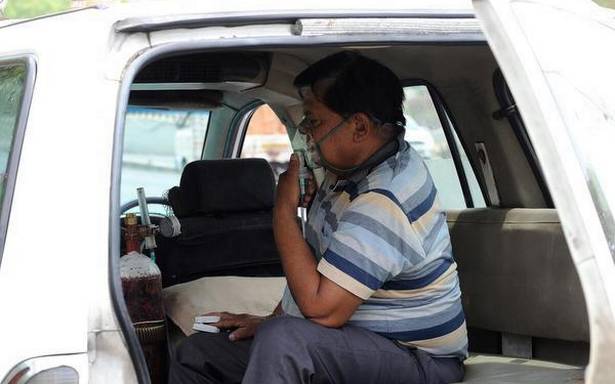 Hospitals in Gujarat continue to face shortage of oxygen as the COVID-19 infection cases are going north in the second wave.

On Friday, the State government appointed two IAS officers, Dhananjay Dwivedi and Sanjeev Kumar, as nodal officers to streamline and coordinate the supply of oxygen.

“Oxygen supply shortage is being faced by hospitals in several districts like Rajkot, Mehsana, Sabarkantha and Surendranagar,” a senior doctor said. He said the supply of medical grade oxygen is not able to match the demand, which is rising due to inflow of patients.

He said 11 more such plants will be set up in Gujarat using the Prime Minister’s Citizens Assistance and Relief in Emergency Situation (PM CARES) Fund.

The State had on Saturday reported 152 deaths and 14,097 infections. So far, 6,171 persons have died of the pandemic, according to the State government’s health bulletin.