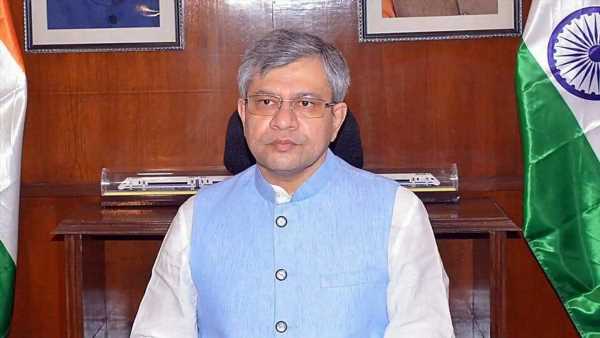 Completing freight corridors, negotiating land for the bullet train, and speeding up monetisation plans would be some of the major focus areas. The change in leadership at the railway ministry comes at a time when the national transporter is grappling with low passenger earnings even as it is trying to increase freight loading and open up its doors to private investment.

Completing freight corridors, negotiating land for the bullet train, and speeding up monetisation plans would be some of the major focus areas for Vaishnaw.

As part of the monetisation plan, the Indian Railways is planning to hand over 109 routes to private operators, contracts for which are yet to be placed.

GMR and Larsen & Toubro are among those who have evinced interest in running trains for a 35-year contract period.

The Indian Railways is getting back to normalcy with Rs 25,035.49 gross earnings recorded so far in the two months of current financial year as against Rs 12,394.22 crore recorded during the same period last year.

Increasing freight revenue will be a key target to improve its operating ratio.

The Railway ministry has been reporting record high freight loading for the last 10 months, from September 2020 to June 2021.

This will most likely result in improved earnings by the end of the year 2021-22 and surpass levels achieved in 2020-21.

Freeing up of railway tracks due to lesser passenger trains plying resulted in speedier freight trains during the COVID-19 pandemic lockdown months.

There was also a significant freight increase because some sections of dedicated freight corridors were commissioned.

The Railways is pushing for completing these freight corridors to reduce the movement of goods trains on rail routes.

This is expected to improve the overall efficiency of the railways through speedier trains.

The gains would be accompanied with cost increases.

The average retail price of diesel has zoomed from last year and this will mean more expensive operations for the Indian Railways that earmarked Rs 11,000.02 crores for buying diesel in the Budget 2021-22.

To curb diesel dependence and lower emissions, the Indian Railways has been on massive electrification drive under Goyal.

The target is to achieve 100 per cent electrification of Railway lines by December 2023.

This shift from diesel is said to have caused discomfort to GE, that (in 2015) had signed a $2.5 billion deal to supply 1,000 locomotives to the Indian Railways.

After some confusion, Goyal had clarified that the deal with GE was on track.

Then Minister of State for Railways (now Lieutenant Governor of Jammu and Kashmir), Manoj Sinha had suggested converting these diesel trains to electric when needed.

Interestingly, new Rail Minister Vaishnaw has had a short stint with GE Transportation as its managing director.

GE Transportation is now merged with Wabtec Corporation and is executing a $2.5 billion diesel locomotive contract for the Indian Railways.

Another challenge for Vaishnaw is the much talked about bullet train project that has been stuck because of land acquisition.

The situation is complicated due to the political turbulence between the Shiv Sena-Congress led Maharashtra state government and the Modi led Centre.

Running a high-speed bullet train from Ahmedabad to Mumbai is one of PM Modi’s pet projects.

While progress is being made, it is at a much slower pace within Maharashtra.