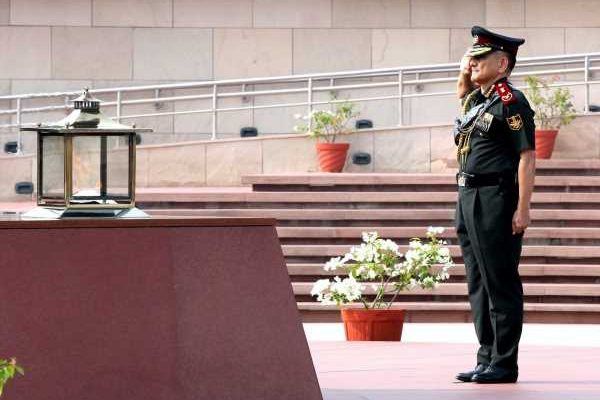 The CDS has the option to focus on key areas of capability development to fight new generation wars or get bogged down in trying to bring cosmetic changes to humour the political leadership, asserts Brigadier Narender Kumar (retd).

This was first in the history of India that a retired lieutenant general was appointed the new chief of defence staff.

The move may have attracted some criticism, but what is more important is how well the new CDS make the armed forces ready to fight and win future wars.

It is a huge challenge at a time when the strategic environment is increasingly complex, uncertain, volatile and will remain so in the foreseeable future.

The Indian armed forces will continue to face challenges at home and abroad due to proxy wars, cross border terrorism and active borders with both the traditional adversaries.

The great power competition will remain in vogue, as a result the region will become even more unstable and threats from State and non-State actors will be more pronounced.

Inter-State competition, hybrid wars, violent extremism, race for resources control will intensify, and climate change will create operational disruptions to which the armed forces needs to be ready.

Conventional war is very much relevant even today, but what is more challenging are wars within war.

Unrestricted use of technology will throw additional challenges and the Indian armed forces needs to develop conventional and sub conventional capabilities to fight contact and non-contact wars.

Therefore, the armed forces must persistently assess the security environment to ensure that it has the right capabilities, organisational structures, technology induction and readiness to operate effectively in a cross domain environment.

The CDS has the option to focus on key areas of capability development to fight new generation wars or get bogged down in trying to bring cosmetic changes to humour the political leadership such as the removal of colonial symbolism and reduction of armed forces without a Defence and National Security Strategic Review.

Modernisation is not a buzz word, but the need of the hour to fill operational gaps that have emerged due to technological and doctrinal misreading of future wars.

The Indian armed forces are still carrying on with Cold War doctrines and near obsolete technology and organisations.

Thus, his main task should be to urgently address near term modernisation to deal with the threats that are on the horizon. That includes acquiring systems and technologies to fill the armed forces’ urgent needs.

The second aspect of modernisation is a long term modernisation plan for known and unknown threats including development of new systems and technologies to meet anticipated needs and to maintain parity with the northern neighbours and superiority over western adversaries.

Therefore, from where should he start?

He must sit down with the three services chiefs and review military doctrines so that a technological and modernisation roadmap can be formulated.

He must emphasis that DRDO must align its research and development to the doctrinal requirements of the armed forces.

To give shape to his modernisation vision, he needs budgetary support.

Future wars are going to be multi-domain that require integrated efforts to fight simultaneously in conventional and sub-conventional domains.

As a result, based on doctrines for war, there is a need to identify the joint and integrated organisational structure to fight new generation wars.

A start point for integration is to identify what will be the end state and how various components of armed forces are going to be integrated.

Creation of an Air Defence Command and aLogistics Command is really not a path breaking step, but rather a delaying manoeuvre to circumvent the ultimate objective of theatrisation of territorial commands.

The CDS will have to give timelines and draw up a blueprint for integration and theatrisation with or without consensus among the three services chiefs.

Development of A Military Leadership at the Operational and Strategic Level

A military without visionary leaders is a serious organisational weakness.

How will the CDS address the development of military leaders that is visionary, perceptive and technologically aware?

Future wars will see the absence of rules and shorter decision cycles.

Military leaders are required to retain a competitive edge in war while dealing with uncertainties created by known and unknown factors.

As a consequence, he has to take a call if he requires status quoist leaders or leaders who are innovative and capable of bringing positive change.

Everything from modernisation to integration is dependent upon military leadership that is capable of speaking Truth to Power.

It is the military leadership that will lay the foundation for a future war winning army through their vision and conceptual outlook.

Hencem this is an important task for the CDS to look at. 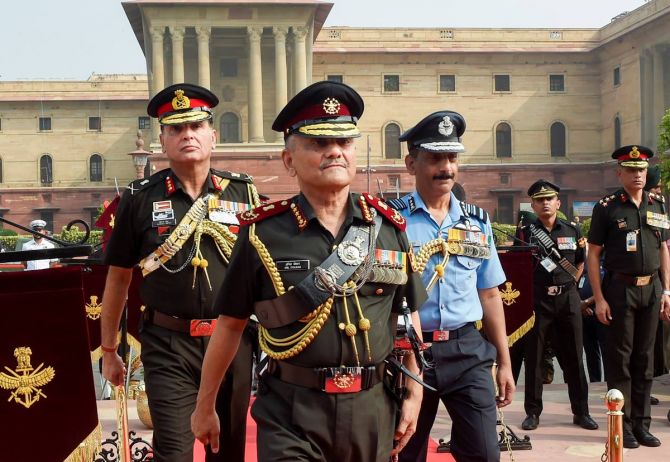 Ironically, we have always employed conventional capabilities while dealing with asymmetric threats.

The Indian armed forces have shied away from developing asymmetric capabilities and its employment against State and non-State actors.

Can we continue to flog conventional resources to deal with asymmetric threats?

The CDS will have to look at this aspect and find a solution to deal with asymmetric threats with matching capabilities.

Operationalisation of Artificial Intelligence and other Non-contact Warfare Tools

A lot is being talked about Cyber, Electronic Warfare (EW), Artificial Intelligence (AI), Information War (IW) and other elements of non-contact warfare.

But the big question is where is the organisation and how is this being leveraged in a war-like situation or even during peace time?

How will AI, IW, EW enable the men on the ground in Ladakh, Arunachal Pradesh or Siachen to fight a digitised army like the PLA?

Are the three agencies — cyber, space, and special forces — adequate to deal with the PLA’s Strategic Support Force?

Or there is a need to create an integrated command that has IW, EW, Cyber, Space and AI as part of this Strategic Force?

The CDS will have to look at these issues critically and find a pragmatic solution after examining various scenarios.

Restore the Trust of the Rank and File

There is a need to restore the trust of rank and file in the military leadership.

It had taken a beating due to multiple reasons and one among them is the recent change in policy or recruitment of soldiers.

The CDS will have to carry out a detailed study if it is sustainable to have a 75:25 ratio of Agniveers or will it become unsustainable in the next 10 years when the regular army may be reduced to just about 30% to 40% and the rest will be contractual.

The army is becoming technical by the day: Can a semi-skilled soldier handle highly sophisticated systems without specialist courses and training?

No army can win wars if there is a trust deficit between its leaders and the rank and file.

Breaking of a regimental system may seriously impact the elitism, moral and ethos of the combat forces.

Remember, the Kargil War was won by fighting for the honour of Regiments and Units.

As a CDS, it is his responsibility to make the political leadership aware that the man behind the machine is the war winning factor and technology comes second.

The Ukraine-Russia war has shown that fighting a war is not adventure tourism. It is a highly professional job that requires skill developed over the years and experience of generations.

Brigadier Narender Kumar (retd) is a frequent contributor to Rediff.com. You can read his earlier columns here.