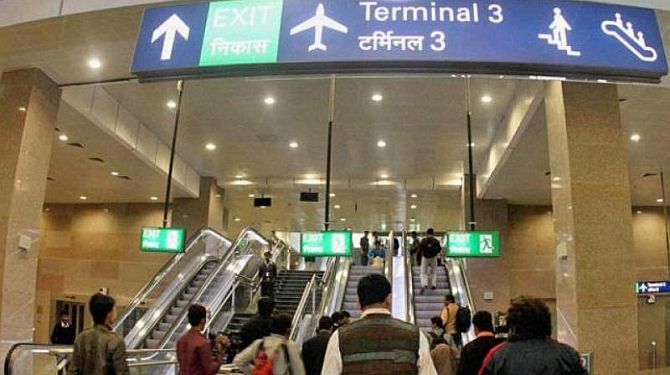 With better utilisation of slots, foreign flying rights, and greater international connections, the operator of India’s largest airport feels a privatised Air India will bring commercial benefit to Delhi airport and help it revive quicker from the pandemic shock.

Delhi is the largest hub for Air India, with most of its long-haul flights to the US and Europe being operated from here.

The airport plans to give its most modern terminal 3 (T3) exclusively to the Tata Group.

Currently, low-cost airlines, such as IndiGo, SpiceJet, and Go First, operate out of T3 since the airport is not functioning at full capacity.

“A financially stronger and better-managed Air India is beneficial to both us and the passengers.

“It will be able to use its resources like airport slots and flying rights better, which will translate into more international flights and overseas connections,” said Videh Kumar Jaipuriar, chief executive officer, Delhi International Airport, in an interview.

The airport is also the hub for Tata Group’s full-service carrier Vistara, while its low-cost airline AirAsia India, based out of Bengaluru, has its second-highest number of flights from the airport.

The Tatas’ business plan revolves around consolidating its airlines: Air India to be merged with Vistara for a full-service airline; Air India Express to be melded with AirAsia to compete in the budget segment.

Jaipuriar pointed out that Air India by virtue of having a wide-body fleet owns lucrative airport slots – both for domestic and international flights – at Delhi airport. Better utilisation of these will bring in more transfer traffic.

“Since no airline has wide-body aircraft in its fleet, Air India enjoys some of the best flying rights and slots.

“When Air India operates in synergy with Vistara, transfer traffic will go up.

“Currently, transfer traffic comprises18 per cent of our total traffic, which, we think, will go up to 25 per cent in the next one year due to the merger,” he said.

Keeping in mind this increase, the airport is expanding facilities for easier transfer of passengers from one terminal to another.

It is planning to deploy an air train or automatic passenger mover to connect T1 and T3, while increasing bus connectivity.

According to the data provided by Delhi airport, in December 2019 – the last month when air services were normal – Air India had 330,000 transit traffic at the airport.

Of that, 55 per cent was domestic-to-domestic transfer, while 20 per cent of that was international-to-domestic.

Analysts tracking the sector said when international traffic returns to normal, Air India’s long-haul operations – which had spread to Bengaluru and Hyderabad – will consolidate back to Delhi airport.

“As the integration progresses, this could change, with Vistara taking up premium aircraft operations to London from Delhi and Mumbai, while the older B787-8s of Air India could well be deployed on these newer routes,” said Ameya Joshi, founder of aviation blog Network Thoughts.

A synergy of operations of Air India and Vistara under the common ownership of the Tatas will also lead to better utilisation of resources like check-in counters, aerobridges, and boarding gates, bringing costs down significantly.

“After the complete expansion of T1, which will double passenger capacity, low-cost airlines can be shifted there, while T3 remains for all Tata Group-owned airlines, such as Air India, Vistara, and AirAsia India,” said Jaipuriar.

A better-run Air India also means more business-class passengers at the airport who will spend more on food and retail therapy.

“As non-aeronautical revenues go up due to more business-class passengers, it will reflect in lower aeronautical charges as this will be cross-subsidised,” observed Jaipuriar.