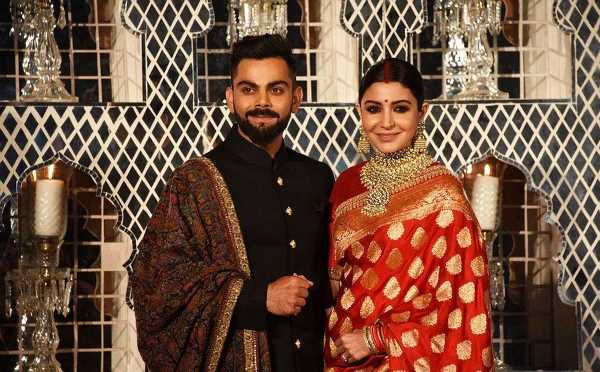 With many handlooms temporarily closed, weavers and their families who work on them earning a pittance have been forced to seek employment elsewhere. For a village in Azamgarh, Mubarakpur is an aberration.

Its streets are clean, roads well-paved, and no open sewage drains are visible anywhere.

Although a few houses look derelict, most bear signs of relative affluence, some even opulence.

But that is not attributable to the village’s marquee industry — silk saree weaving, which is sold as the “Banarasi silk saree” across India.

Rather, it’s because of the exodus of its residents and those of neighbouring villages to Saudi Arabia and the money repatriated back home.

While there are no official estimates, talk to anyone in the village and the person would have someone working in “Saudi”.

Unlike the village itself, which has improved due to the Gulf money, Mubarakpur’s silk saree handloom industry, which dates back to the 14th century, is still stuck in time.

A recent chain of events has exposed deep flaws, which in many ways threaten the future of the fine art of hand-woven silk sarees in this village of Muslims, which has a fair sprinkling of both Shias and Sunnis.

In recent months, the price of raw silk has almost doubled to Rs 6,500 a kg.

Those running handloom units have been able to raise selling prices by no more than Rs 1,000 for a saree.

With the bottom line severely damaged, many units have lowered their purchase of raw silk.

This has left many handlooms with no work, forcing them to shut.

With many handlooms temporarily closed, weavers and their families who work on them earning a pittance have been forced to seek employment elsewhere.

“The cyclone in 2021 in Karnataka hit sericulture in the state hard.

“I am now buying it for Rs 6,000 a kg, which is double of what I do usually,” said Pramod Aggarwal, a local raw silk supplier.

While Cyclone Tauktae of 2021 did have an impact on sericulture in Karnataka, imports of Chinese and Vietnamese raw silk have also plummeted in recent times and that has led to this situation.

India’s silk imports fell over 50 per cent during the period.

Iftikhar Ahmad Ansari, an affluent local who operates 200 handlooms in Mubarakpur, says that in recent months he has shut 30 of them.

“I will have to shut more if this continues.

“The recent doubling of raw silk prices is just the tip of the iceberg,” said Ansari.

Ansari said the present government stopped the 10 per cent subsidy, which the UPA regime used to pay.

The subsidy was given on the cost of purchasing raw silk.

The introduction of goods and services tax (GST) hasn’t been taken kindly here because most handloom owners operate without enough buffer money.

A testament to the disillusion of handloom operators in Mubarakpur is evident not far away on the village’s outskirts.

A commercial centre with over 180 shops that were to be rented to people to sell Mubarakpur’s silk sarees to traders was built by the previous government and inaugurated before the Samajwadi Party was voted out of power in 2017.

This was to be a one-stop-shop and intended to replace a similar marketplace that existed till 2000, when bombings and shootings in what was a Shia-Sunni communal riot left several dead in Mubarakpur.

After that communal riot, scared traders stopped coming to the village, forcing many in the village to start approaching buyers.

To date, the commercial centre remains dysfunctional with not a single shop rented out.

The introduction of powerlooms, which gained considerable traction after 2005, further dented the prospects of the silk handloom industry of Mubarakpur.

While no match for the uniqueness of hand-crafted products, powerlooms could produce much faster.

For Mubarakpur, which has only handlooms, this is more than bad news.

Old men in the village say that the migration to Saudi Arabia picked up considerable steam after the 2000 Shia-Sunni riots and the adoption of powerloom five years later.

Weavers in Mubarakpur are at the bottom of the entire pyramid. While handloom operators like Ansari pay around Rs 6,000 a month to these weavers, in reality most earn a pittance.

“They are paid a fixed rate for every saree. On a bright sunny afternoon, Vindhyachal, a man in his 20s from the village, is busy on his loom, weaving a 12-metre Banarasi silk saree.

He started working as a six-year-old on these looms. For his grinding 10-hour day work, he gets Rs 70 a metre.

It takes seven days for a weaver to weave a 12-metre Banarasi saree.

For his work, he gets Rs 840 a saree, a product which often retails for thousands and even lakhs of rupees after passing through various intermediaries.

Imtiaz Ahmad, a small-scale handloom operator, added: “I have two sons and neither is interested in learning weaving silk sarees.

“My ancestors were weavers and this will finish with me.”