The An-32 had disappeared on June 3, after taking off from Assam’s Jorhat base at around 12.30 pm. It lost contact with ground staff at around 1 pm. 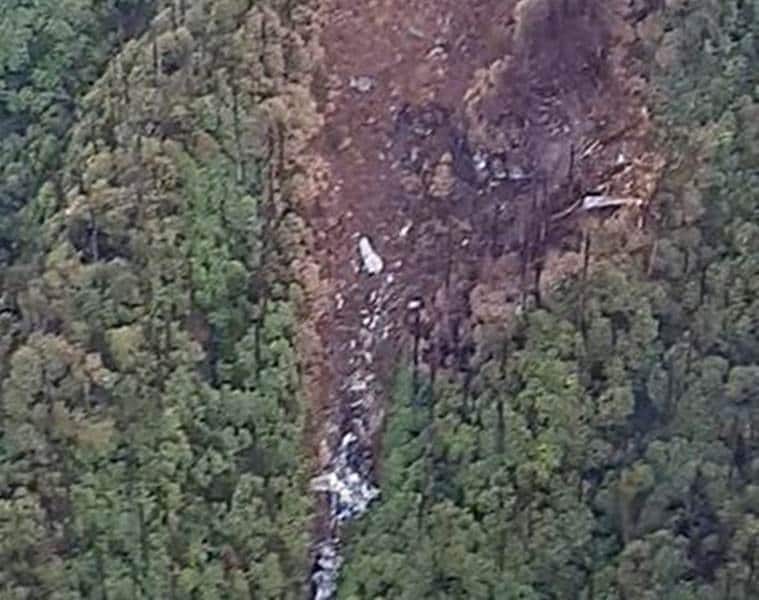 The Indian Air Force Wednesday dropped eight to 10 personnel near the site in Arunachal Pradesh where the An-32 aircraft crashed. ALH and MI-17 choppers landed near the crash site, from where searchers will trek to the site where wreckage of the aircraft was discovered on Tuesday.

The crash site is 16 kilometres north of Lipo, north east of Tato and at an approximate elevation of 12,000 feet, the IAF had said Tuesday. The wreckage from the aircraft had been discovered by an IAF Mi-17 helicopter deployed for the search operation.

The teams Wednesday will try to establish the status of occupants and establish survivors. IAF spokesperson Wing Commander Ratnakar Singh had said on Tuesday that they will “look for survivors and other things”.

The An-32 had disappeared on June 3, after taking off from Assam’s Jorhat base at around 12.30 pm. It lost contact with ground staff at around 1 pm. It was scheduled to reach the Mechuka Advanced Landing Ground in Shi Yomi district at 1.30 pm. There were 13 people on board the aircraft.

Rajiv Takuk, the Siang Deputy Commissioner, told The Indian Express, “It’s a very difficult area with no communication or habitation. It is 100 per cent mountainous and dotted with ravines and gorges. During the elections, it took three days of trekking for the poll team to reach the village of Gate (in the area where the wreckage has been spotted).”