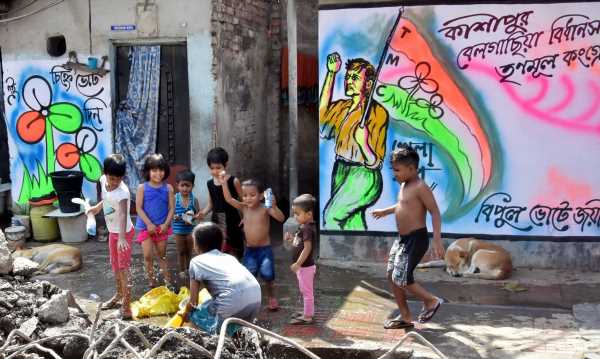 With the stage set for high-octane polls in West Bengal, key stakeholders in Kolkata asserted that the state, in a departure from the tradition, will be witnessing a communally charged election this time, largely driven by identity politics.

Bengal, where the electoral discourse has mostly steered clear of divisive agenda, has been drawn into the vortex with the Trinamool Congress and the Bharatiya Janata Party accusing each other of fanning communal sentiments ahead of elections.

The entry of the newly formed Indian Secular Front (ISF) led by Abbas Siddiqui, who became the first religious leader in West Bengal to take the plunge into politics, has, however, upturned several political equations, propelling the campaign of religious identity-based politics in the state.

“This time, assembly elections will be different from the ones we have witnessed since independence. The BJP has long been trying to create divisions among the communities. But we will fight against it and work to unite people,” senior TMC leader and MP Sougata Roy said.

The saffron leadership, too, agreed that communal polarisation was on the rise in the state, but blamed appeasement politics by the TMC for its upsurge.

“For us, the election plank happens to be ‘development for all’. That said, appeasement politics and injustice towards the state’s majority community by the TMC government has indeed led to communal polarisation in Bengal,” BJP state president Dilip Ghosh said.

Echoing him, BJP leader Tathagata Roy said Partition scars and the upswing of Muslim identity politics in Bengal have deepened the communal fault-lines.

The opposition Congress, on its part, trained guns on both the TMC and the BJP for fomenting divisive politics — a practice almost alien to the state’s political landscape.

Communist Party of India-Marxist politburo member Mohammed Salim, however, stressed that the narrative wouldn’t yield any result as masses are ‘fed up with the misrule’ of the TMC and the BJP at the state and the Centre respectively.

“Had communal narrative been at play in the past (during CPI-M rule), people would have seen saffron camp and other fundamentalist forces gaining ground back then. But that was not the case.

“True, this time parties are playing the communal card, but issues concerning common people such as fuel price hike, corruption and unemployment will negate its influence to a large extent,” he said.

Elections in Bengal, poised to be a stiff contest between the TMC and the BJP, will be held in eight phases, beginning with polling for 30 seats on March 27. Votes will be counted on May 2.

Since Independence, polls in the state, which boasts of being the cradle of the Indian renaissance, have always been fought along ideological lines, with matters related to government policies, unemployment and food security taking centre stage.

Sources in the BJP claimed that the TMC government’s failure to control communal riots over the last six years has angered not just a section of the minorities, but also those belonging to the majority community.

According to the data released by the Union home ministry in 2018, communal violence increased sharply since 2015 in West Bengal.

Although opposition parties pinned the blame on the TMC for this surge in religious fervour in the state, which has 30 per cent Muslim electorate, a quick look at Bengal’s socio-political history will reflect how communalism has always had an impact on the state’s political culture, with hundreds of people having borne the brunt of riots in 1946-47.

Both the Hindu right and fringe Muslim outfits had wielded considerable influence in violence-hit West Bengal in the aftermath of Partition, before waning considerably over the years.

During the first assembly polls in 1952, the Hindu Mahasabha, along with Bharatiya Jana Sangh, had won 13 seats and garnered around eight per cent of the total votes.

Similarly, Muslim outfits such as the Progressive Muslim League (PML) and the Indian Union Muslim League (IUML) had established its presence in pockets, with the PML winning three seats in 1969 assembly polls, and IUML bagging a single seat during 1972 and 1977 assembly polls.

“Although parties like the IUML, PML and the Bharatiya Jana Sangh managed to bag a few seats till the seventies, poll campaigns did not bank on communal narrative. Development issues and anti-state or anti-Centre plank always took precedence,” veteran Congress leader Abdul Mannan Said.

During the early sixties, however, the rise of the Left parties, who fought for the rights of refugees from Bangladesh, ended the consolidation of rightwing forces in the state.

Noted Historian Sugata Bose contended that refugees from Bangladesh felt cheated both by the Congress and the Hindu Mahasabha when the country endured Partition, and they took solace in the Left’s fold.

“Refugees from Bangladesh and Bengali Muslims were more aligned to the Left. Therefore, the communal rhetoric never gained momentum in Bengal. The state never witnessed such divisive politics as is the practice now,” Bose, Gardiner Professor of oceanic history at Harvard University, told PTI.

Poll observers believe that the Left had been able to maintain a balance between communities, a practice that the TMC could not hold on to.

“Bengal always had the ingredients fit for polarising its society. Not just the state’s high minority population, the influx of refugees from Bangladesh — both during 1947 Partition and 1971 Liberation war – have also been a major factor,” political analyst Biswanath Chakraborty said.

The politically crucial Matuas and Namashudras, who had fled from Bangladesh due to religious persecution, voted for the Left for decades, before shifting lock stock and barrel to the BJP during the last Lok Sabha polls, following the promise of citizenship under a newly amended law.

The TMC feels the ISF’s entry into Bengal’s poll arena will further deepen the divide and help the BJP by eating into the ruling party’s Muslim vote base.

“The ISF may not win seats but will widen the communal divide further. It could cause harm to the TMC by cutting into our Muslim votes and further pushing the Hindus towards the BJP,” a senior leader of the Mamata Banerjee camp said.

Siddiqui, however, denied the allegations and said he has entered politics to fight for the rights of the minorities and backward communities, a cause which the mainstream political parties have neglected so far.

The BJP, apart from the development plank, has been harping on the issue of illegal immigration and the promise of citizenship to refugees, whereas the TMC has been largely focusing on the insider-outsider debate to take on the saffron camp.