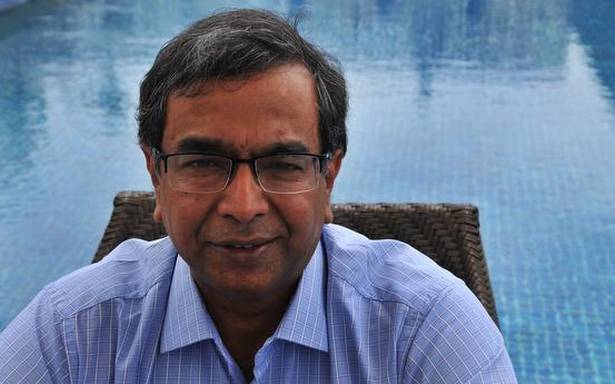 With the government approving two candidates for COVID-19 vaccination, Public Health Foundation of India (PHFI) president Srinath Reddy says vaccination cannot left vulnerable to the paying capacity of a person and cautions that protocols to prevent the disease spread must continue and extend to other areas of environment protection to avoid future events of zoonotic microbes jumping species.

Should the private sector be allowed to vaccinate the general public?

The government must mobilise all the resources it has in the public sector to deliver the vaccine to the prioritised groups in the initial stages. These are well delineated on grounds of essentiality of services provided and vulnerability of persons due to age or pre-existing health conditions. Bypassing these priorities by providing early permissions and supplies to the private sector would compromise both the scientific basis of prioritisation and ethical principle of equity in public health.

Later, as vaccine supplies increase and other groups in the population are to be covered, the private sector may be drawn upon to support the governmental programme but not in a free market mode. Immunisation in a pandemic is a ‘public good’ in the language of economists and cannot be left vulnerable to the paying capacity of a person.

By when would the vaccination be available for the general public?

I cannot say at present, as it depends on the number and volume of approved vaccines available in the next few months and the speed of its delivery to the prioritised groups initially. The government is suggesting September this year as the possible time for rollout to the general population. I regard the situation as fluid and will wait to see what happens in the next three months.

Does getting vaccinated mean that we need not follow the COVID appropriate behaviour?

Not at all. One fact that must be clearly communicated to people is that the presently available injectable vaccines have been designed and tested to prevent symptomatic COVID-19 ‘disease’ and not the initial viral infection per se. There is some risk, not quantified at present, that an immunised person can receive the virus into the respiratory tract and harbour it there for some time. During that time, there can be transmission to others. So, till the virus has greatly reduced its presence in the population or the vast majority have acquired natural or vaccine induced immunity, wearing of masks and other COVID appropriate behaviours must continue. That will also yield collateral benefits like reduced transmission of other respiratory microbes, such as influenza viruses and bacteria causing tuberculosis.

Does the introduction of vaccine mean we can go back to the normal way of life?

We should hope to progressively return to higher levels of social, economic and scholastic activities over time. That will have to be staged over several months, as the vaccine is not going to confer widespread protection to the population at once.

We must also recognise that there are areas of our individual and collective lives that we may want to change from the past ‘normal’. Certainly, we must alter the ecologically destructive developmental patterns that open the highways for zoonotic microbes to jump species and race across the world. Even at the individual level, work environment and travel schedules may change to improve work-life balance without sacrificing efficiency and output.

Return to normal would then mean that we can lead lives not as hostages to the virus but exercising our free choices which are shaped by the wisdom that the pandemic has brought to us.

Will children (under14) be vaccinated?

The vaccine trials have so far not covered that age group. Some trials are now extending up to 12 years of age. Since children mostly do not develop clinically severe COVID-19 disease, even if infected, they are not a target group for immunisation now. Also, giving two intramuscular injections to very young children may not be justified when the benefits are unclear.

For how long will the effect of the vaccine last?

As of now, there is no clarity on that. Studies of persons recovering from natural infection with the virus suggest a decline in antibody levels by three months and cellular immunity lasting till six months. The timelines of immunity conferred by the natural infection vary depending on the viral load of exposure and severity of infection.

The variable times of immune protection seen in naturally infected persons could be due to differences in the viral loads that people were exposed to. However, with a stronger standardised antigenic stimulus in a vaccine, the evoked immune is likely to be stronger and last longer. We still do not know how long.

Is a below 80 per cent efficacy of vaccine enough?

When the vaccine trials started, the internationally set standard of success was demonstrated efficacy of 50% as the observed point estimate and a lower confidence limit around that estimate of no less than 30%. If any vaccine passes that test, it will qualify for approval. It came as a pleasant surprise that some vaccines claimed over 90% efficacy.

However, even a 50-70% efficacy rate will confer benefits in a large scale immunisation programme, especially when it comes to saving lives of vulnerable people.