India’s haves must open their coffers in direct action to help the have-nots. The new vaccination policy offers an opportunity for every individual to assist those less privileged by paying for their dosages, thus relieving pressure on the state resources needed for millions more. 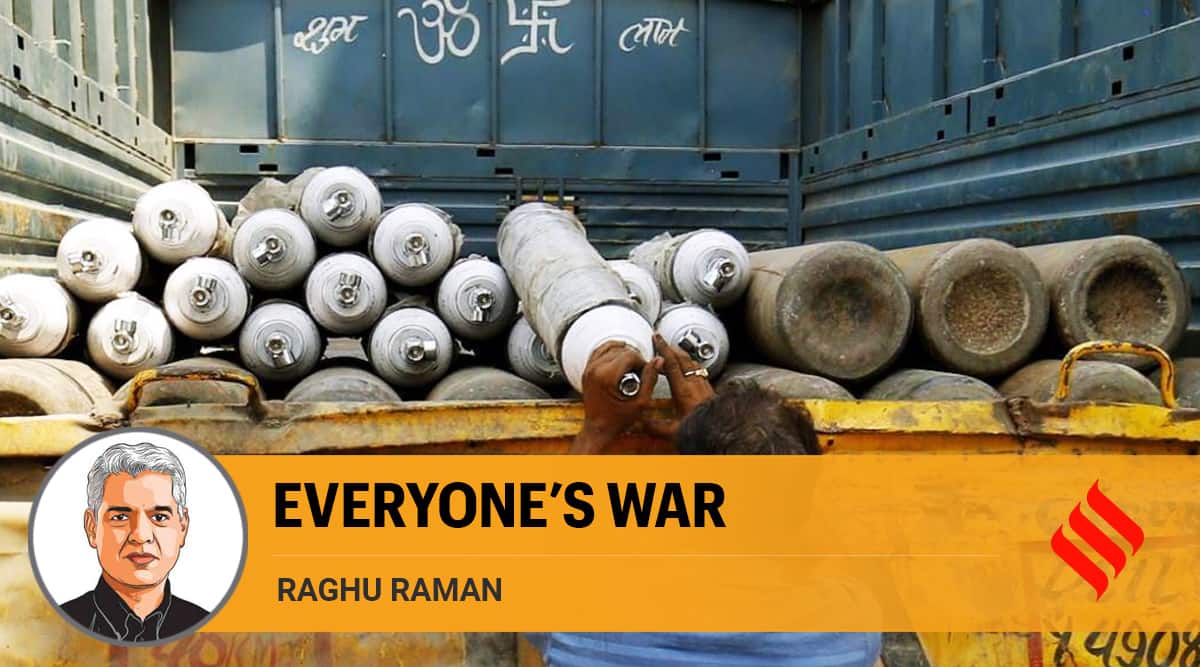 The mindspace of every citizen is seized with the pandemic in their professional and personal remits. Bureaucrats, administrators and political leaders are occupied coordinating resources and few have the bandwidth to focus on the socio-economic onslaught that is yet to come. But this fog of chaos must not obscure the strategic dangers looming over the horizon.

There has always been a stark imbalance between the law and order situation in India and government’s wherewithal to address the same. This pandemic will wreck the already fragile equilibrium between order and disorder. It is only a matter of time before desperation drives the have-nots to express their anger and frustration unlawfully. Already, petty theft and crimes are escalating. Reports of looting lifesaving resources by citizens signal signs of a breakdown. The problem will be exacerbated because of depletion of police forces and their distraction from regular policing and administrative activities. Once this imbalance begins, the slippery slope can end in civil unrest quickly.

The relationship between order and disorder in a society is delicate. Governance is based on covenants promising solace to law-abiding citizens and retribution to law breakers. No government can govern without this pact because even the strongest has less than 10 million armed forces and police personnel to address national security and law and order for 1.3 billion people. Also, our security forces, like our health, hygiene and other frontline workers are not an inexhaustible or an untiring resource.

Consider the security personnel, for example. India has about 1.5 million personnel in its armed forces who are already under heavy commitment in our western and eastern fronts. Additional troops have been pinned down in Kashmir since the abrogation of Article 370. The situation of Central Armed Police Forces (CAPFs) is probably worse. They have been shunted around the country chasing one assignment after another with no respite, leave or downtime. And because of the exposure in their work, state police personnel have been ravaged with a disproportionate percentage of COVID cases. The efficacy of these organisations will further diminish when their (already understaffed and overworked) strategic and operational leaders start succumbing. There is simply no capacity to spare if the security or the law and order situation starts to deteriorate.

Bereaved, afraid and frustrated citizens transform into angry mobs mercurially. Millions of citizens have been pushed into poverty adding to abject inequity. Even as the middle class is struggling for air and medicines, millions of poor are compelled to migrate yet again because they face starvation in addition to COVID. As James Baldwin pointed out, the most dangerous creation of any society are people who have nothing more to lose. No covenant of governance can hold if the majority feel crushed by inequitable treatment, they will hit back. It might feel safe and insulated inside the gated communities but opulence cannot withstand the rage of the deprived for long.

If we are waging a war against the pandemic then we must remember that war is too important a business to be left to generals or for that matter politicians. The pandemic is arguably the biggest crisis faced by our nation. And the only silver lining in a national crisis is that common citizens take it upon themselves to assist each other and contribute to the war effort — as witnessed in the first migration of workers when hundreds of volunteer groups helped total strangers. While the government may formulate macro-level policies like imports of oxygen and medicines, it’s the sheer selfless energy and ingenuity of ordinary citizens which provides last-mile connectivity and succour to the suffering. And that is where the battle to take back control from the pandemic must begin.

India’s haves must open their coffers in direct action to help the have-nots. The new vaccination policy offers an opportunity for every individual to assist those less privileged by paying for their dosages, thus relieving pressure on the state resources needed for millions more. Rich corporates, religious and quasi-religious entities must open their reserves and put cash in the hands of the lowest strata using instruments like salary advances, interest-free loans and donations. Institutions like the NCC and volunteer students must be trained in first-response treatments on a mission-mode timeline. Idle capacity, like private buses, private aircrafts and unoccupied buildings, must be commandeered for the war effort. Retired personnel from the armed forces, civil and allied services should be recalled to augment administrative bandwidth especially at headquarters.

If the COVID onslaught were to be compared to a type of war, it would be what the army calls FIBUA, or fighting in built-up areas. These kinds of operations are not won by overwhelming weaponry or resource superiority. Instead, they are fought doggedly, street to street, house to house and room to room, until control is wrested back from the enemy. So, instead of waiting for some overarching silver strategy, we need to fight the pandemic with thousands of imaginative ideas and small operations to defeat it at the local level. This is indeed every man’s war.

This column first appeared in the print edition on April 27, 2021 under the title ‘Everyone’s war’. The writer is founding CEO, NATGRID.