Residents of the village, which is yet to report a Covid case, are dependent on tourism and a small potato crop. 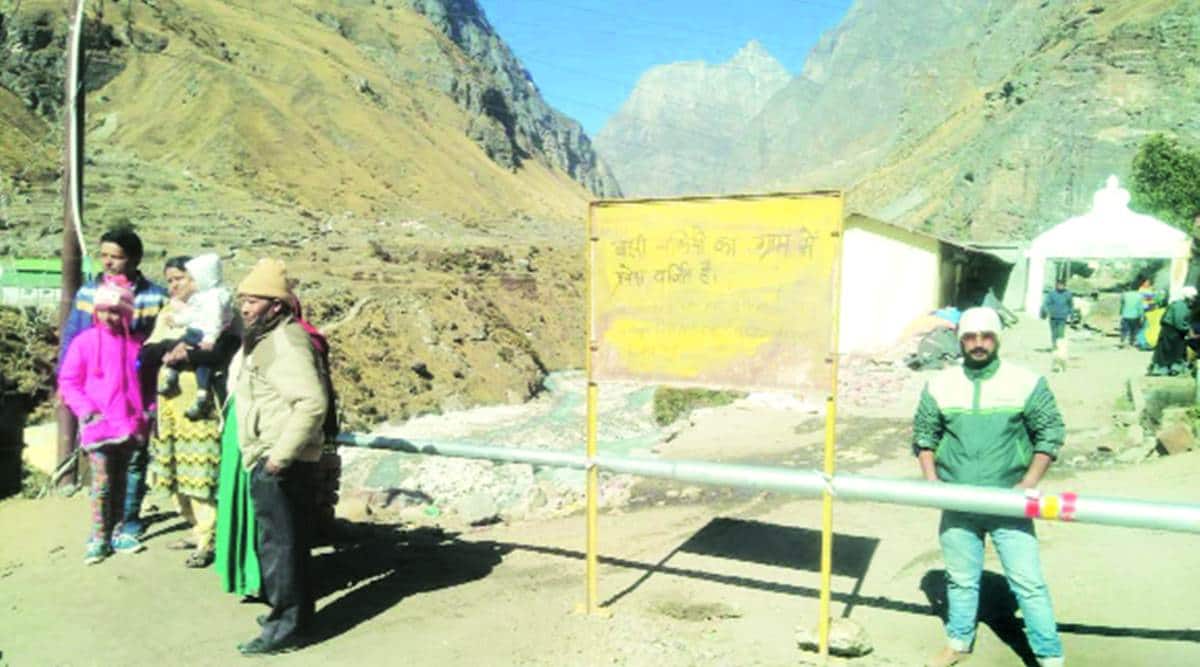 “Outsiders are not allowed in the village. Inconveniences regretted”, reads a display board near a barricade put up by villagers outside Mana, nearly 55 km away from the Sino-Indian border. A group of tourists from Uttar Pradesh tries to enter the village in Uttarakhand’s Chamoli district, but Anil Kala (31), a resident appointed to guard the barricade, points to the board. The tourists show their Covid-negative reports, but are forced to return as Kala requests them to “come next year”.

Situated along the Alaknanda river, Mana houses several locations linked to the epic Mahabharat and is known as the last village before the China border in Uttarakhand. Pilgrims coming to Badrinath drive another 3 km on the NH-58 to visit the village, which the Pandavas supposedly walked past “en route to heaven”.

When the Uttarakhand government lifted curbs on movement of tourists earlier this month, with a subsequent increase in rush outside Mana, the local gram panchayat unanimously decided to continue the lockdown.

Residents of the village, which is yet to report a Covid case, are dependent on tourism and a small potato crop. “The government has announced Unlock-5 but Mana village community decides that tourists coming from outside will not be allowed,” reads the resolution, signed mostly by women from the village.

“Our concern increased when former Union minister Uma Bharti tested Covid-positive days after she visited Badrinath… We are taking precautions also because the nearest hospital is 3 km away in Badrinath. We have informed the local authorities,” says pradhan Pitambar Singh Molpha.

Part of the ancient trade route between India and Tibet, Mana has historically been an enterprising village that traded barley, buckwheat and rock salt for goats and yaks with the Tibetans. That stopped after the 1962 China war, says Pitambar.

“Tourism and agriculture are major sources of income… But we are ready to face financial loss by stopping tourists because life is more important. If we survive the pandemic, we will earn more for our families. Few families run homestays here but they too have kept business closed,” says the village pradhan.

Amit Singh, one of the potato growers in the village, says, “Since I cannot put up a stall to sell my produce, I have contacted a few people outside who come once a week and buy produce in bulk. But their vehicles are sanitised before entry,” he says, adding that he has suffered losses due to the lockdown in the village.

Kala, who used to sell chai-pakoda in the village during the tourist season before becoming the desginated barricade guard, says few tourists came to Mana when the Char Dham yatra began in July with some restrictions. “But when the government lifted restrictions, hundreds of tourists started coming here daily. Some of them threaten me when I stop them from entering. They return after taking selfies at gates.”