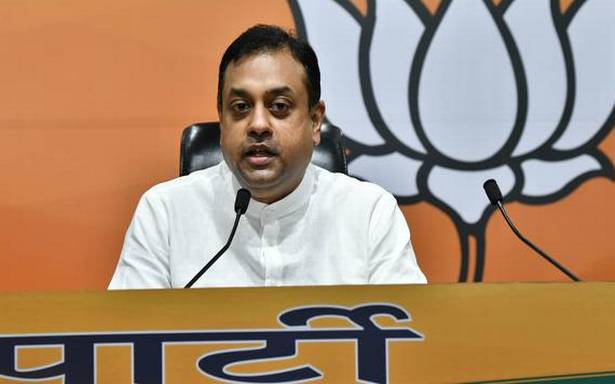 EC yet to announce schedule; war of words between BJP, Cong.

Though the Election Commission is yet to announce the schedule for the Assembly polls in Manipur, almost all parties have started electioneering a few months ago. Violent clashes were also reported among workers during which guns and explosives were freely used.

On Monday, BJP national spokesperson Sambit Patra said that during the Congress rule, Ministers, MLAs and Chief Ministers from the State had to wait over 20 days for a meeting with Sonia Gandhi, Rahul Gandhi and others. But during the BJP-led government in Manipur, the elected members did not rush to Delhi for, Delhi had been brought to Manipur.

Mr. Patra said that almost every week Union Ministers had been coming to Manipur to ensure welfare of the people. He was speaking at a function at the Thangmeiband constituency in Imphal.

The BJP spokesperson said, “The Congress is the party of one mother and her son. But the BJP is for the people. Since it is the only party for the people BJP candidates should be voted to power”.

Mr. Ibobi said BJP Chief Minister N. Biren was launching new schemes on a daily basis. But the government is not translating the schemes into actions. He claimed that the political road map of Manipur would be changed after the Assembly elections.

The NPP, which has four MLAs, is not in good terms with the BJP. Two of the four NPP Ministers were dropped from the Cabinet. Latter a patch-up was done at the intervention of NPP national president and Meghalaya Chief Minister Conard K. Sangma.

BJP spokesperson Nimachichand Luwang said the fact that there were many aspirants for the BJP ticket showed that the party was popular and it would form the next government.

But in Manipur it was a regular feature that those who were denied ticket turn hostile against the party by joining other parties or contesting as independents.