In six years, our illustrious Prime Minister Narendra Modi has turned India into a nation to reckon with. 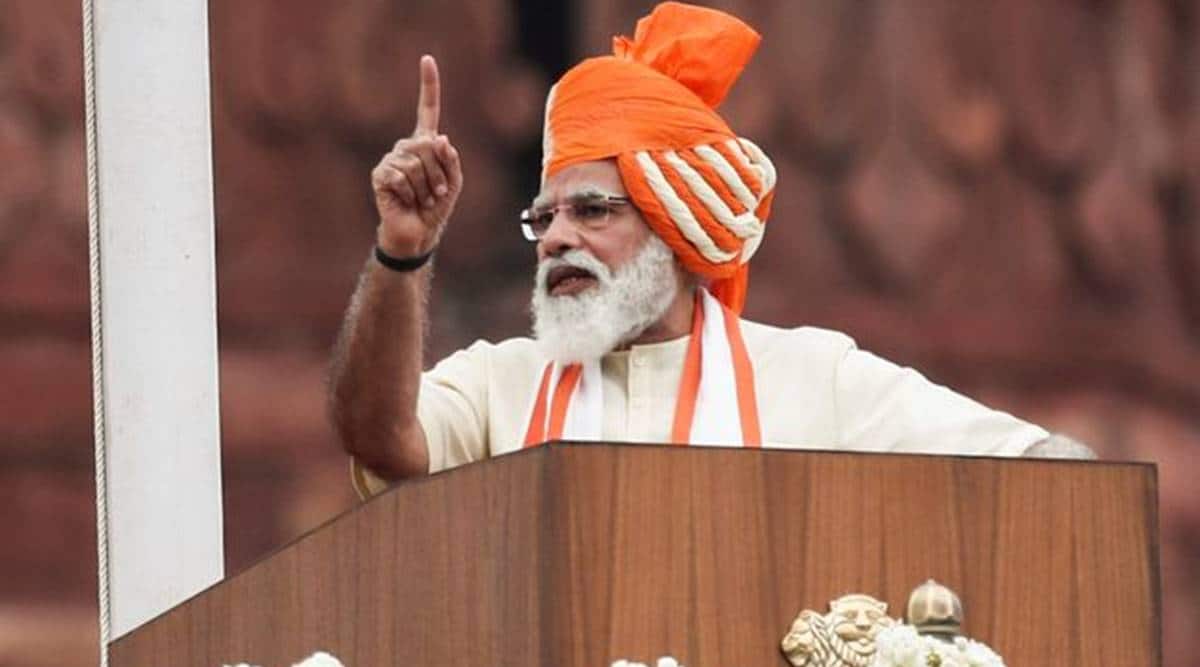 “Raja Kalasya Karnam” — the timeless wisdom that Bheeshma Pitamah passed on to Yudhisthir in the “Shanti Parv” of the Mahabharat — may seem esoteric in spirit, but it carries a message. It means a ruler is never a slave of circumstances, but creates them by his acts. The sad story of India since Independence has been of a lacklustre leadership pushing the nation into anarchy, insecurity, social disharmony, crisis of faith and unavailability of the basics. If this was the internal condition, on the world platform, the country failed to command respect from its peers. Fortunately, those circumstances have now been consigned to the past and a new India has emerged. In six years, our illustrious Prime Minister Narendra Modi has turned India into a nation to reckon with.

Since Independence, the leaders kept talking about the last man in the last line, but it is only now that the fruits of welfare endeavours and infrastructure have actually reached the common man. The unique journey from “Antyodaya” to “Rashtrodaya” was made possible by the sheer compassionate persona of Modiji, who comprehended the ethos, mindset and sentiment of the masses and linked them to nationalism. This, indeed, was an example of channelising the power of masses into nation building.

The Prime Minister has united the poor, youth, farmers and women into a single unit and upheld the slogan of “Sabka Saath, Sabka Vishwas”. Be it Beti Padhao-Beti Bachao or the Ujjwala Yojana, welfare schemes have been created to benefit the last man in the line and to instil in women a sense of self-pride and self-reliance. How can one forget the abolition of triple talaq. With this one act, the PM, on behalf of the nation, bestowed honour on women and restored their fundamental rights.

Opinion | At 70, the prime minister has come to represent the spirit of the times

In the last six years, a string of welfare schemes were introduced to establish a new regime of social justice and public welfare. Pradhan Mantri Awas Yojana was one such scheme, through which the government subsidised houses for the poor and downtrodden — about three crore houses were built. As many as four crore families benefited through the ambitious Har Ghar Bijli scheme. Eight crore gas connections under PM Ujjwala Yojana were distributed to women below the poverty line. It was the first instance someone had thought of saving women from carbon-induced diseases. As many as 12 crore farmers were honoured with Prime Minister Kisan Samman Yojana, over 23 crore were linked to the Mudra Loan Yojana and 50 crore people were benefited by the Ayushman Yojana.

The PM Crop Scheme, PM Agriculture Irrigation Scheme, MSP, Kisan Samman Nidhi provided solace to farmers, who had been neglected for years. He galvanised the youth of this country and made them self-reliant and self-sufficient by launching Skill India, Stand Up India, Start Up India, Make In India and Mudra Yojana, which also gave economic impetus to the country.

The sustained efforts of the Prime Minister has led to our great country re-establishing its mythological, cultural and spiritual traditions. India received global recognition through Namami Gange, Vishwa Yoga Day, laying of the foundation stone of Shri Ram temple at Ayodhya, and the conduct of a grand Prayag Kumbh. It took a superhuman effort for Modi to get Yoga recognised by the United Nations, which declared June 21 as International Yoga Day. Over 200 countries are now following this great cultural and spiritual tradition of our country. Over 24 crore devotees experienced the religious and spiritual grandeur of Prayag Kumbh. Under the guidance of the Prime Minister, it turned out to be “Divya Kumbh Bhavya Kumbh”, which made UNESCO tag it as “intangible heritage” of humanity.

Opinion | As PM Modi turns 70, he will be conscious of the need to navigate new, complex realities

The country had been facing security challenges for the past several decades. The Prime Minister has thwarted all those challenges and laid the foundation of a powerful Bharat. With the “Look East” policy, the PM brought infrastructural benefits to the Northeast and through “Act East Policy”, the region could accrue the advantages of proximity to East Asia. Articles 370 and 35 A that had been haunting Indians for decades were abolished. With this, the Prime Minister reaffirmed the idea of “Ek Bharat, Shreshtha Bharat”. In both the Northeast and Kashmir, there is now an atmosphere of peace and harmony and people have become development oriented.

In international relations, the PM has taken “friendship” with “friends” to new heights, while the enemies were handed a strong message. While keeping the country’s sovereignty and security in the focus, the PM has given due importance to dialogue, compassion, co-operation, activity and partnership in the foreign policy. The neighbouring country against whom we carried out a surgical and air strike in retaliation, cannot even dare to look at us. At this point, superpower USA considers India as its strategic partner and Europe wants to establish economic and defence cooperation with us.

Opinion | PM Modi’s success owes to his striking a chord with people, not because there isn’t anyone to challenge him

It is Uttar Pradesh’s good fortune that Kashi, the ancient city of Baba Vishwanath, is represented in Parliament by the Prime Minister. In the last six years, Modi has referred to Kashi as “My Kashi”, which has gone a long way in giving new dimensions to its culture and spirituality. Kashi’s ghats, temples and most importantly, Baba Vishwanath Dham are symbolic of the PM’s personality and body of work. His keen eye for detail and constant monitoring of development projects in Kashi is inspirational. The way he interacts with booth-levels workers to social, cultural, spiritual and business organisations, sends out a positive message.

I find myself blessed to have got a leader, mentor and guide in our beloved PM Modi, a person with unmitigated righteousness, unquestionable sense of service towards mankind and overwhelming sensitivity. I pray to Shri Ram that Modiji continues to grace our lives forever.

This article first appeared in the print edition on September 17, 2020 under the title ‘Building a new India’. The writer is Chief Minister of Uttar Pradesh