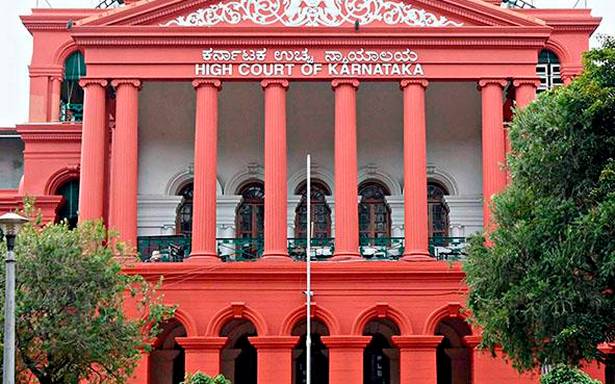 Indicating that it may appoint an independent agency to inspect the process of driving tests, the High Court of Karnataka on Tuesday directed the State government to explain in what manner the Regional Transport Offices (RTOs) are testing the competence of applicants to drive before issuing motor vehicle driving licence. A Division Bench comprising Chief Justice Abhay Shreeniwas Oka and Suraj Govindaraj issued the direction while hearing a PIL petition filed by Gowrishankar S., a resident of Bengaluru.

Noticing that the Rule 15 of the Central Motor Vehicle (CMV) Rules, 1989, prescribes that the applicants are subjected to 24 different parameters to test their competence to drive, the HC said that it has to consider the question raised by the petitioner on whether is it possible to subject 50-70 driving licence applicants to these 24 parameters in a day in an RTO. The petitioner has contended that driving licences are being issued without conducting driving tests as per the parameters. However, the government advocate pointed out that there are separate driving test tracks in many RTOs limits and these tracks are designed to ensure that proper tests are conducted complying with the rules.

“The truth will come out if we appoint an independent agency to conduct surprise inspections at the time of driving tests in RTOs,” the Bench orally observed.

Meanwhile, the Bench rejected the plea of the petitioner to direct the RTOs to conduct re-test of all the persons possessing driving licence as there is no provision on the law to subject a valid driving licence holders to re-test.