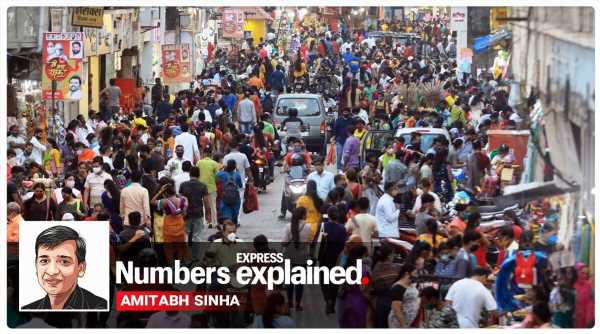 India's coronavirus cases, numbers: The consistent decline in numbers since October had slowly resulted in a drop in testing numbers, a trend which will now have to be reversed, at least in states that are showing a resurgence. The spectacular fall in numbers in India for nearly five months, including in the states that are showing a resurgence now, had led to the belief that the infection levels in the country had probably already reached a level where the effects of herd immunity had started to play out. That was also because there was no good explanation — there still isn’t — to account for the sustained decline in numbers for a prolonged period. The testing rate had not dropped significantly, lockdown restrictions had been eased, festivals and elections had seen people coming out in large numbers, political activities had restarted, a farmers’ protest had been going on, and the adherence to norms of physical distancing or adoption of masks was not very high.

So, despite the lack of corroborative data from serosurveys, there were suggestions that a large proportion of the population could already have been infected, far beyond the numbers that have been detected through testing, and that is what was resulting in the steady decline in numbers.

There is no particular point of infection level in the community after which effects of herd immunity start to kick in. In general, once more than 40 to 50 per cent of the population group has got infected, there is a noticeable slowdown in the further spread of the disease, mainly because the number of uninfected people, who can potentially get infected, is considerably less than earlier. 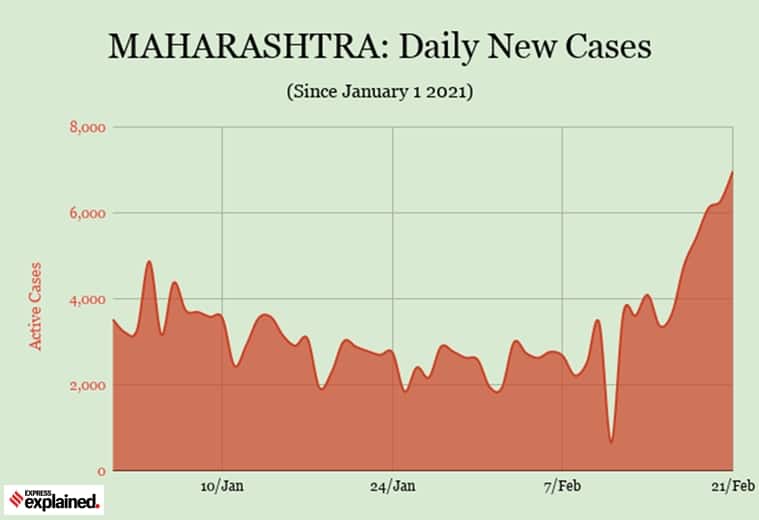 There were a few serosurveys that had lent credence to the possibility that herd immunity could indeed by playing out. For example, a recent serosurvey in Delhi had found that at least in some areas of the national capital, the infection rate could have gone beyond 50 per cent. Similar results had been obtained for some pockets in Pune as well, way back in September. But there is no nationwide survey that shows comparable numbers for large parts of country. A recent exercise in Tamil Nadu, for example, showed that only about 30 per cent of the population could have been infected in the state.

The rapid rise in cases in Maharashtra now shows that there could still be a fairly large proportion of population that is uninfected, and thus vulnerable to getting infected. The number of cases in Maharashtra had fallen below 2,500 a day by the first week of February, before beginning to rise again. For the last three days, the state has reported more than 6,000 cases. On Sunday, it was close to 7,000. Such high numbers were last seen in October.

The farmers’ protests, where no one was wearing masks or following physical distancing, seems to be the obvious cause for the surge seen in Punjab, though it is not at all clear why this increase in numbers did not happen in November, December or January. Compared to Maharashtra, the numbers in Punjab are not very high, less than 400 a day right now, but the state had started to report well below 200 cases a day by the middle of January. In fact, the rise in cases in Punjab has not been as sudden or steep as in Maharashtra. The state has been finding more than 200 new cases for over ten days now, but in the last three days, the count has been more than 350.

Madhya Pradesh has also shown only a small increase, but the rising trend has been holding on for more than a week now.

The consistent decline in numbers across the country since October had slowly resulted in a drop in testing numbers as well, a trend which will now have to be reversed, at least in the states that are showing the resurgence. The average number of samples tested every day across the country has steadily fallen to a level well below seven lakh, compared to more than 10 lakh tests that were being conducted till the end of December. A similar decline was seen in Maharashtra as well. At its peak, the state had tested more than one lakh samples a day on a few occasions, though this number more often ranged between 60,000 and 90,000. In the new year, however, this number has hovered between 40,000 and 60,000.

In the last few days, however, there has been an increase in testing both in Maharashtra as well as nationally.

The rise of cases in Maharashtra has thankfully coincided with a decline in Kerala. The southern state had been reporting more than 5,000 cases for well over a month, but there is a noticeable, and steady, decline in the last one week. On Sunday, Kerala reported 4,070 new cases.