India coronavirus numbers explained: It is important not to read too much in single-day fluctuations in numbers, like the Monday drops. Trends over a week or more present a much better picture of how the epidemic is evolving. India coronavirus cases: Just about 70,000 new cases of novel coronavirus were detected across the country on Monday, the lowest since the start of this month, and about 27,000 lower than the highest that has been achieved in a single day so far.

While there has been a welcome lack of big surge in the daily numbers for the last couple of weeks, Monday’s drop can once again be explained by the reduced amount of testing on Sunday. Just about seven lakh samples were tested on Sunday, the lowest since August 10, and less than half of the number that was achieved last Thursday. When the testing numbers have been so low, the number of positive cases detected have been around what was reported on Monday. It has been substantially lower than the average number of cases detected for the previous week (see box).

So this Monday’s drop fits into a pattern, and is not unusual. The test results usually take a day or two to arrive, and therefore the impact of low testing on a Sunday is most visible on Monday. 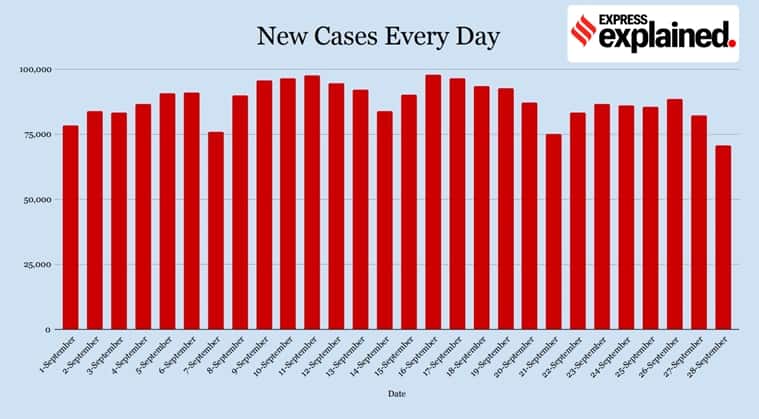 What was slightly unusual was the number reported by Maharashtra – under 12,000. This is the first time it has happened this month. The state has been reporting about 18,000 to 20,000 cases every day for the last more than a week. There was also a problem with Maharashtra’s testing number on Sunday. It reported 1.88 lakh new tests, which looks a little implausible considering that the maximum that the state had tested in a single day before that was only 1.05 lakh. Normally, it has been testing between 80,000 and 90,000 samples a day. Then on Monday, the testing fell to 56,000 as reported by the state government.

It is, therefore, important not to read too much in single-day fluctuations in numbers, like the Monday drops. Trends over a week or more present a much better picture of how the epidemic is evolving.

And that is why, the relative stabilisation in the daily new cases is something interesting. For nine days now, the number of new cases has remained below 90,000. For more than ten days between September 9 and September 19, this number had remained firmly above 90,000, coming down only once, on a Monday. The first time the 90,000-figure was touched was on September 6. Never before have the daily numbers dropped down to a lower bracket for such a long time.

During this time, the recoveries have outnumbered the daily new detections, bringing down the active cases, which have seen a drop of seven per cent in the last ten days. It is for the first time that the active cases have been on the decline, and this trend has held on for more than ten days now. 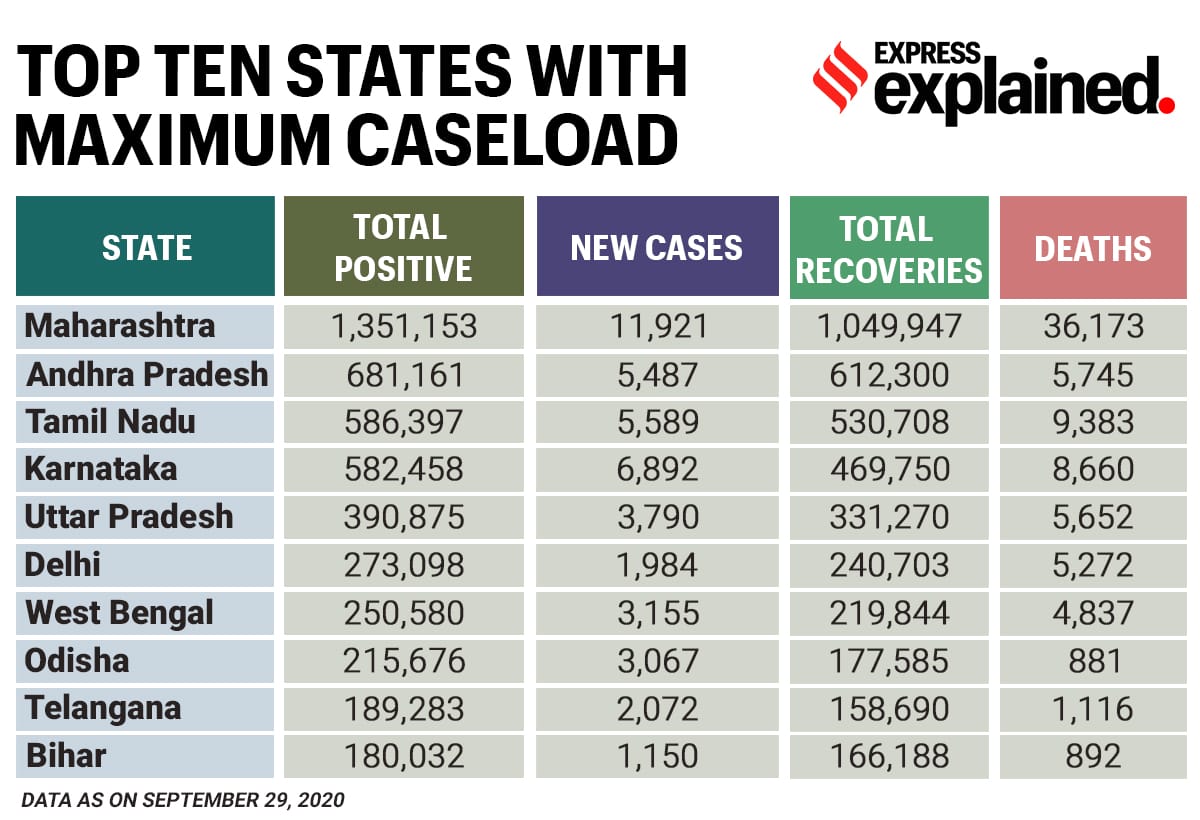 This is what has been giving rise to some hope, though it is not very clear what is powering this decline. Measures like lockdown which reduce interactions between people, or very high adoption of face masks or adherence to physical distancing norms could result in slowing down the rate of infection, but we know that none of this is happening right now. The other thing that can have an effect like this is a situation in which more than 50 per cent of the population has already been infected with the disease. But we know from the results of serological surveys in several cities that this is not true.

As of now, the relative decline in the number of daily positive cases, and also in the active cases, lacks a good explanation. Also, it could be temporary.