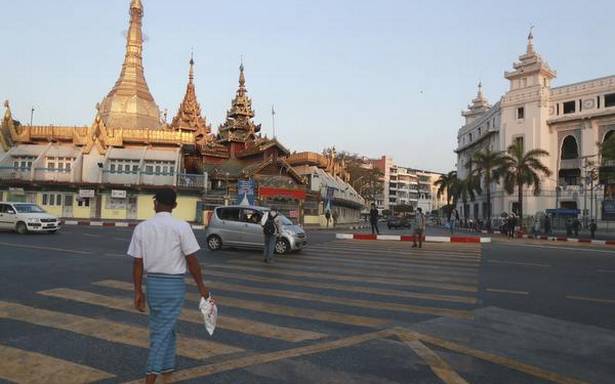 ‘We believe that the rule of law and the democratic process must be upheld. We are monitoring the situation closely,’ says Ministry of External Affairs statement.

“We have noted the developments in Myanmar with deep concern. India has always been steadfast in its support to the process of democratic transition in Myanmar. We believe that the rule of law and the democratic process must be upheld. We are monitoring the situation closely,” a press statement issued by the Ministry of External Affairs declared.

India had shown commitment to build robust relationship with Myanmar over the past two decades which intensified after the democratic process began in 2011. On January 22, India sent 15 lakh doses of the Covishield vaccine to assist Myanmar in fighting the COVID-19 pandemic in the country. On October 15, 2020, India announced the handing over of a kilo-class submarine INS Sindhuvir to the Myanmar navy. The Indian gift is the first submarine for the Myanmar navy.

Foreign Secretary Harsh Vardhan Shringla and Chief of the Army Staff General Manoj Mukund Naravane visited Myanmar last October to firm up ties in the backdrop of the global pandemic. During the visit, the Indian side extended an invitation to Myanmar Army Commander-in-Chief Senior General Min Aung Hlaing.

However, civil-military tension in Myanmar had been increasing since the landslide victory of the National League for Democracy led by Ms. Suu Kyi over reports of electoral fraud. Myanmar’s newly elected Parliament was expected to meet on Monday but the military junta moved in the early hours and declared the state of emergency. The NLD rule in Myanmar coincided with the military campaign against the Rohingya refugees of the Rakhine province which led to the displacement of at least one million ethnic Rohingya citizens of Myanmar who have taken refuge in Bangladesh and other countries.