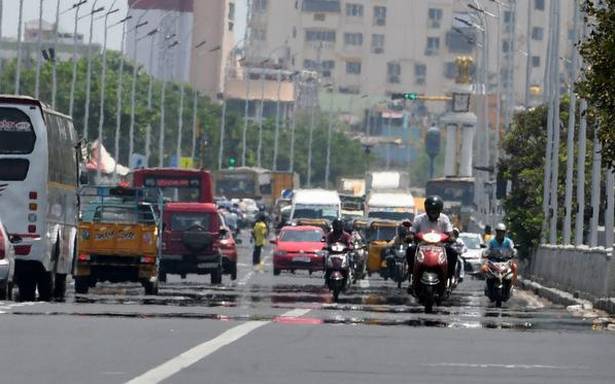 The ‘Lancet Countdown on Health and Climate Change’ notes that 295 billion hours of potential work were lost across the globe in 2020 due to heat exposure.

India has become 15% more vulnerable to extremes of heat than in 1990, according to ‘the Lancet Countdown on Health and Climate Change’, a flagship report of the medical journal The Lancet that provides periodic updates on the scientific literature on the relationship between climate change and public health.

In 2020, the elderly (over 65) were affected by 3.1 billion more days of heatwave exposure, compared to the 1986-2005 baseline average. Chinese, Indian, American, Japanese and Indonesian senior citizens were the most affected.

The report noted that 295 billion hours of potential work were lost across the globe in 2020 due to heat exposure. The three most populous countries in the medium-HDI (Human Development Index) group (Pakistan, Bangladesh and India) had the greatest losses among this group (2.5-3 times the world average and the equivalent to 216-261 hours lost per employed person in 2020).

Between 2018 and 2019, India and Brazil had the biggest absolute increase in heat-related mortality.

The economic losses of climate-related extreme events were three times higher in medium-HDI countries than they are in very high HDI countries. South-East Asia was the only region with increasing air pollution mortality costs between 2015 and 2019, relative to GDP, the report noted.

The Lancet Countdown’s sixth annual report tracks 44 indicators of health impacts that are directly linked to climate change and shows key trends are getting worse and exacerbating already existing health and social inequities.

“Climate change is here and we’re already seeing it damaging human health across the world,” Anthony Costello, Executive Director of the Lancet Countdown, said in a statement, “As the COVID-19 crisis continues, every country is facing some aspect of the climate crisis too. The 2021 report shows that populations of 134 countries have experienced an increase in exposure to wildfires. Millions of farmers and construction workers could have lost income because on some days it’s just too hot for them to work. Drought is more widespread than ever before.”