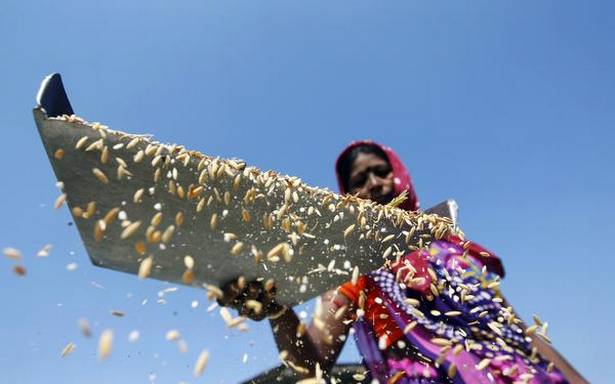 Andhra Pradesh will use a deepwater port to export rice for the first time in decades amid a global shortage of the grain, which could raise shipments this year by a fifth.

Rice export prices in India, the top exporter of the staple, remained anchored near a three-year high this week as other Asian and African buyers continued purchases, shrugging off the uptick in rates in recent weeks.

India’s 5% broken parboiled variety was quoted at $402-$408 per tonne this week, unchanged from last week, which was the highest since May 2018.

“In the last two weeks prices have gone up, but buyers are still making decent purchases,” said an exporter based at Kakinada in Andhra Pradesh.

Andhra Pradesh will use a deepwater port to export rice for the first time in decades amid a global shortage of the grain, according to a government order seen by Reuters, which could raise shipments this year by a fifth.

A revision to neighbouring Bangladesh’s import policy in part helped lift global rice prices to a seven-month high in January, according to the latest report of Food and Agricultural Organisation (FAO).

“In the parboiled segment, sentiment was also influenced by a series of government purchases by Bangladesh, its approval of lower duties on private sector imports, on condition that traders market supplies promptly,” according to the report.

Bangladesh imported around 1,00,000 tonnes of rice mainly from India over the last month and more deals are being finalised, a food ministry official said.

Activity was muted in Vietnam and Thailand’s rice trading market is closed as regional traders and exporters observe the Lunar New Year.