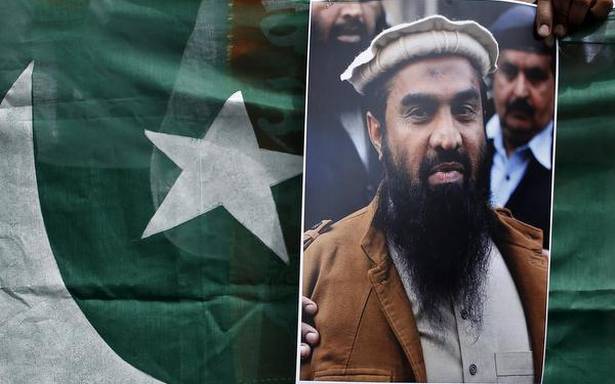 Hours after a Pakistan court convicted Lashkar-e-Taiba operations commander Zaki Ur Rahman Lakhvi in a terror financing case, sentencing him to three five-year prison sentences, India called the process “farcical”, and accused Pakistan of carrying out quick prosecutions of various UN sanctioned terrorist leaders to avoid punitive action at the upcoming Financial Action Task Force (FATF) meetings, where it has been greylisted.

“UN proscribed entities and designated terrorists act as proxies for Pakistani establishment to fulfil its anti-India agenda. It is for the international community to hold Pakistan to account and ensure that it takes credible action against terror groups, terror infrastructure and individual terrorists,” said MEA spokesperson Anurag Srivastava.

“The timing of these actions clearly suggests the intention of conveying a sense of compliance ahead of the APJG (Asia Pacific Joint Group) meeting and next FATF plenary meeting in February 2021. It has become routine for Pakistan to come up with such farcical actions prior to important meetings,” he added in response to a question from The Hindu on a spate of action from Pakistan.

In December 2020, LeT chief Hafiz Saeed was given a second conviction on terror charges in cases involving terror financing. Lakhvi, who had been arrested on January 2 this year, five years after he was given bail in the Mumbai 26/11 terror attacks case in Pakistan, was also charged with terror financing.

All the actions came ahead of a meeting of the 9-nation Asia Pacific Joint Group (APJG) of the Paris based watchdog on terror financing FATF this month, that will review Pakistan’s performance on the 27-point action list it was given when it was put on the greylist of “jurisdictions under increased monitoring”.

Thus far, Pakistan has cleared 21 of the 27 markers according to the FATF, and the APJG will submit its report on whether it has made progress on the remaining six. The FATF plenary session in February will then decide whether Pakistan should remain on the greylist, be downgraded to the “blacklist” of sanctioned “high-risk” countries like Iran and North Korea, or let off the list.

The FATF’s last plenary, which had put off a decision on Pakistan for more than a year since its deadline in October 2019, had made a particular mention of the need for the Imran Khan government to prosecute UN designated persons, and demonstrate effective actions against them in court and freezing their assets. (http://www.fatf-gafi.org/countries/d-i/iceland/documents/increased-monitoring-october-2020.html ).

Saeed, Lakhvi, and Azhar are wanted for some of the biggest terror attacks in India, including the Mumbai 26/11 IC-814 hijacking, Parliament attack and Pulwama bombing, but are yet to be brought to justice in Pakistan for them.

On Friday, India, that has begun its two-year term at the UN Security Council, was named to chair two key terror-related committees, including the 1267/1373 Taliban Sanctions Committee, and the Counter Terrorism Committee (in 2022), which will make India’s Permanent Representative T.S. Tirumurti an important voice on the process of designating terrorists, as well as delisting those involved in the Afghanistan peace process.