A carrier battle group or carrier strike group is a mega naval fleet comprising an aircraft carrier, accompanied by a large number of destroyers, frigates and other ships. 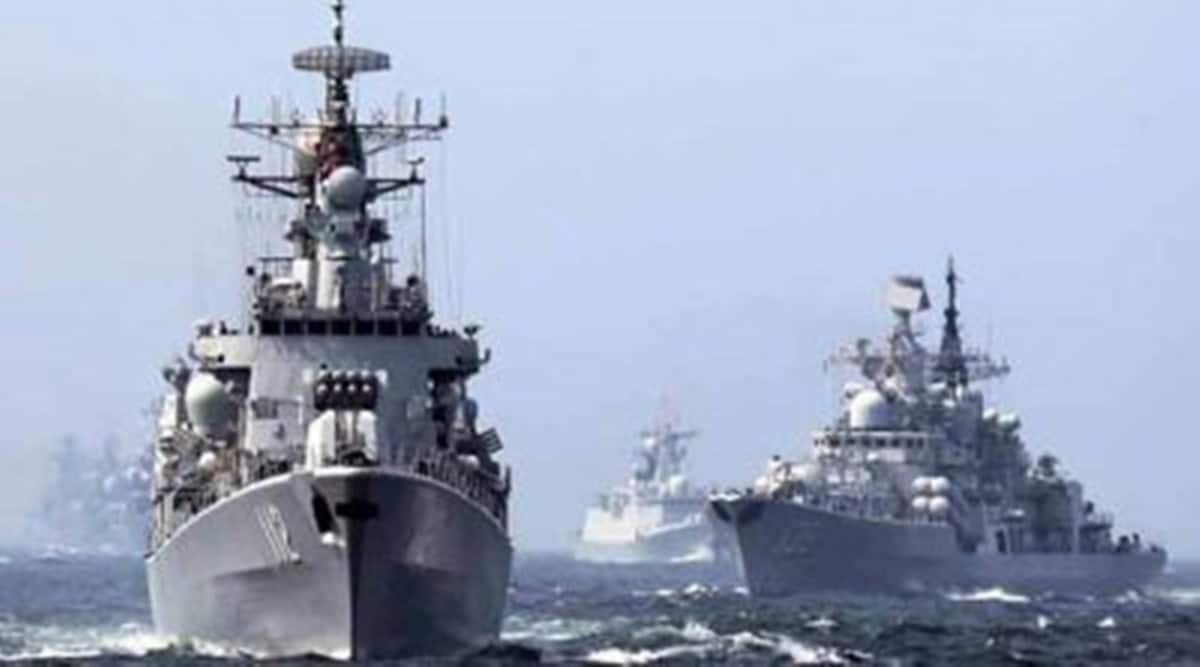 India and the US on Sunday kicked off a two-day naval exercise in the eastern Indian Ocean Region, reflecting the growing congruence in their defence and military partnership.

The Indian Navy deployed its warship Shivalik and long-range maritime patrol aircraft P8I in the ‘PASSEX’ exercise while the US Navy was represented by the USS Theodore Rosevelt carrier strike group, officials said.

A carrier battle group or carrier strike group is a mega naval fleet comprising an aircraft carrier, accompanied by a large number of destroyers, frigates and other ships.

“In a first, enhancing jointmanship, Indian Air Force fighters were also included in the exercise affording the IAF an opportunity to practice air interception and air defence with the US Navy,” a spokesperson of the Indian Navy said.

The exercise came over a week after US Defence Secretary Lloyd Austin flew into India as part of his three-nation first overseas tour that signalled the Joe Biden administration’s strong commitment to its relations with its close allies and partners in the Indo-Pacific region.

During the visit, both sides resolved to further consolidate their robust defence cooperation through deeper military-to-military engagement with Austin describing the partnership as a “stronghold” of a free and open Indo-Pacific.

The officials said the exercise began on Sunday and will conclude on Monday.

The spokesperson said the exercise is aimed at consolidating the synergy and interoperability achieved during the Malabar exercise that took place in November last.

Besides the Indian Navy, the Malabar naval exercise was participated by the navies of the US, Australia and Japan. The four countries are part of the Quad or Quadrilateral coalition.

China has been suspicious about the purpose of the Malabar exercise as it feels that the annual war game is an effort to contain its influence in the Indo-Pacific region.

In July last, the Indian Navy carried out a military exercise with a US Navy carrier strike group led by the nuclear-powered aircraft carrier USS Nimitz off the coast of the Andaman and Nicobar Islands. The USS Nimitz is the world’s largest warship.