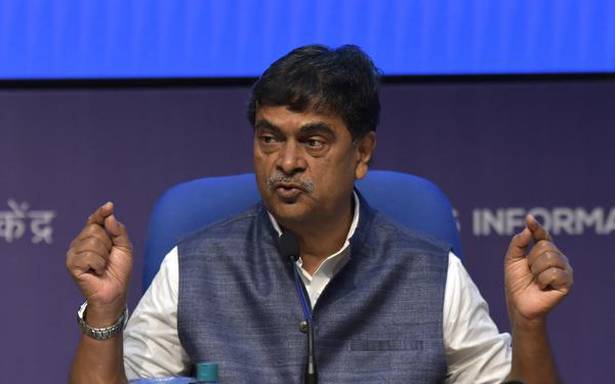 He further said that as per the Paris agreement, India has to produce 40% electricity of its total capacity from non-fossil sources by 2030

Union Minister R.K. Singh on July 15 exuded confidence that India will exceed its target of reducing carbon emission set for 2030 under the Paris agreement.

Speaking at the inaugural session of the CII-organised Aatmanirbhar Bharat — Self-Reliance for Renewable Energy Manufacturing conference, the Power, New and Renewable Energy Minister said that as per its commitment made in Paris, India has to reduce its carbon intensity to 33% by 2030.

However, the way energy transition is taking place in India, “…in the matter of reducing the emission of Co2 will be much much beyond what India has pledged", he added.

He further said that as per the Paris agreement, India has to produce 40% electricity of its total capacity from non-fossil sources by 2030.

"We are already at 39% and if you add the capacities under installation it’s already 48%. We are way beyond our NDC [nationally determined contributions] pledges," the Minister said.

In his address, Mr. Singh expressed dissatisfaction over the approach of some nations towards pledges made under the Paris Agreement.

"I frankly don’t see any meaningful step forward towards reducing by these countries…their per capita emission. We hear, talk about pledges of becoming carbon neutral by 2050 but that is meaningless. I sound blunt and harsh but actually, it is meaningless," he noted.

Countries must tell what they will do in the next five years and how they will reduce their per capita emission, the minister said, adding it is something "which nobody is telling".

In India, Mr. Singh said, energy transition is taking place rapidly and will continue to happen in future as well.

The minister had earlier said, ”We [India] are fastest [among all nations] in establishing renewable capacities. But, till all countries don’t come together, we can’t reduce global warming”.