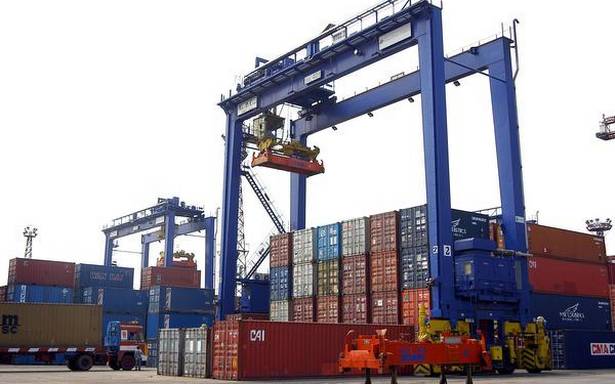 “With the surge in imports, the merchandise trade deficit has ballooned to an all-time high in September 2021.”

India’s merchandise exports grew 21.3% year-on-year to $33.44 billion in September, and were 28.5% higher than pre-COVID levels of September 2019. Merchandise imports however grew faster to $56.38 billion, 84.75% higher than September 2020 and nearly 50% over pre-pandemic levels, as per preliminary estimates.

The trade deficit hit a record of nearly $23 billion in September, and the overall trade deficit in the year so far now stands at 78.81 billion, almost 207% higher than a year ago, but still 11.4% below 2019 levels.

“With the surge in imports, the merchandise trade deficit has ballooned to an all-time high in September 2021, based on which we now expect the current account to display a double-digit deficit in the second quarter,” said Aditi Nayar, chief economist at ICRA. However, she said the current account deficit to cross 0.8% of GDP over 2021-22.

While the rise in imports indicate pick-up in domestic demand, Ms Nayar said the pace of imports may moderate in coming months. Exporters said there was a need for the government to resolve issues pertaining to ‘risky exporters’ and augmenting the flow of empty containers to sustain the rise in exports.

Federation of Indian Exporters’ Organisations president A Sakthivel urged the Centre to set up a regulator to oversee freight hikes that have gone through the roof, and provide freight support to all exports till March 2022.