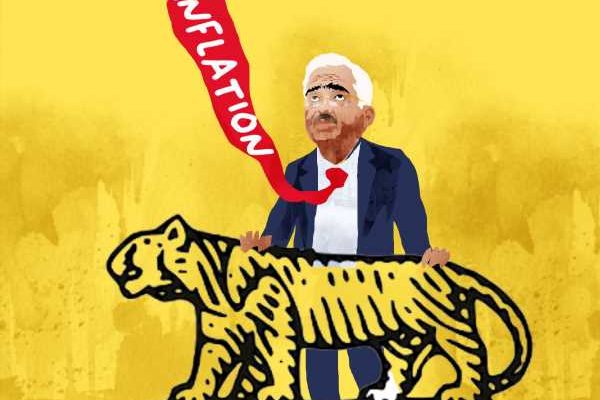 The RBI’s mistake may have been in interpreting its mandate to maintain retail inflation at 4%, with 2% leeway in either direction, as being a mandate that permitted it to do nothing even when inflation was at or near the upper bound of 6%, observes T N Ninan.

A former governor of the Reserve Bank of India, reminiscing on his days at Mint Road in Mumbai, told your columnist once that one of his rules was never to surprise the market with negative news.

He said it was ok to give the market a positive surprise, but if there was unpleasant action coming, the market should be given advance warning of what to expect.

Given the way in which the RBI’s off-cycle jacking up of the policy rate for overnight money (and that by more than the usual 25 basis points) has been received, there can be little doubt that it has come as a negative surprise — even if most people knew already that a cycle of rate increases was in the offing.

Also noteworthy is the unanimity on the subject within the monetary policy committee, just as there was unanimity a month ago when no repo rate change was announced.

This is an unusual two-way groupthink, even as it appears that the RBI is now trying to make up for lost time in tackling inflation.

The mistake by the RBI may have been in interpreting its mandate to maintain retail inflation at 4 per cent, with 2 per cent leeway in either direction, as being a mandate that permitted it to do nothing even when inflation was at or near the upper bound of 6 per cent.

That’s where it had been for many months before recently breaching that mark.

Even when the breach occurred, the RBI’s response was wishful thinking (forecasting, if you will), that the problem would be short-lived.

But such an approach leaves neither time nor space for corrective action to stay within the 2-6 per cent band when inflation pressures mount — and time is needed because, as everyone knows, monetary policy works only with a substantial time lag.

A correct reading of the mandate should have been that the inflation target is 4 per cent, not 6 per cent.

And action to raise interest rates should have begun last year.

Why would the RBI misread its mandate?

The reason could be that it gave primacy to its role as the government’s banker, to facilitate North Block’s huge borrowing programme at the lowest cost possible, and subordinated the RBI’s role as the economy’s monetary authority.

Since North Block has aimed at keeping up government spending in order to boost growth, the RBI found itself giving primacy to the government’s growth objective, whereas its legislated mandate makes this secondary to inflation control.

Such a reversal of the mandated priorities resulted in negative real interest rates (ie nominal interest rates minus inflation) for savers, pushing them into the equity and other markets in a search for positive returns.

What has resulted is an asset price bubble.

As often happens in such situations, foreign portfolio investors have used inflated prices as an opportunity to cut and run, even as more retail investors have come rushing in.

There will be those who disagree with this admittedly reductionist deconstruction of the RBI’s thought processes.

For instance, it has been argued that the inflation spurt, especially in fuels and in food products like edible oils, could not have been foreseen since they are by-products of the war in Ukraine.

But that war is now in its fourth month, and the monetary policy committee met during the build-up to the war, when oil prices had already surged, and met again more than a month after the war started.

What explains the inaction then, indeed the near-unanimity on inaction?

There is another possible temptation.

The government’s total debt has moved up sharply in recent years to nearly 90 per cent of GDP, against a stated ideal of 60 per cent.

The cost of servicing this bloated debt through interest payments rises if interest rates get hiked, thereby constricting government expenditure on other items.

So you kill the problem by allowing inflation to boost nominal GDP; the debt-GDP ratio automatically comes under control, as does the fiscal deficit ratio.

This is a well-worn response to excessive public debt (‘Inflate away debt’), except that the mandate to the RBI effectively forbids it.