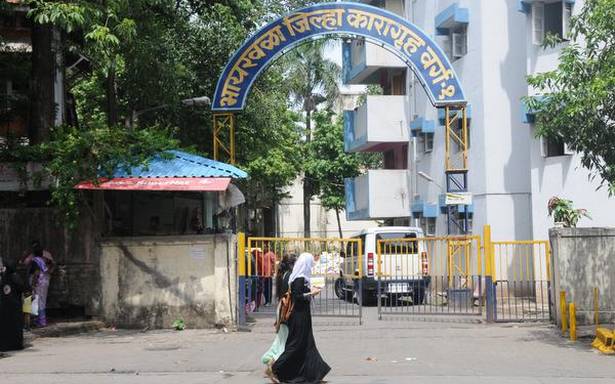 Both of them have tested negative on the RTPCR test, says DIG

A senior citizen inmate, lodged in the same barrack as Sudha Bharadwaj and Shoma Sen at the Byculla jail, was found COVID-19 positive on Thursday.

Confirming it with The Hindu, DIG Yogesh Desai said, “One senior citizen who was given one dose of vaccination has tested positive and has been shifted to a temporary COVID Center next to the jail.”

He said Ms. Sen and Ms. Bharadwaj have tested negative on the RTPCR test. They are accused in the Bhima Koregaon caste violence case.

Twenty other inmates have been found to be positive inside the prisons and have all been shifted out to the COVID center.

Ms. Sen’s daughter Koel told The Hindu that her mother had informed her about it on Thursday. She said, "My mother told me that two senior citizens in the same barrack have tested positive and both of them were administered both the doses."

On September 21, the special National Investigation Agency court had rejected Ms. Sen’s medical plea filed by relying on the recommendations by the high-powered committee set up to decongest prisons owing to the pandemic.

Prof. Sen, 63, is the former head of the department of English at the Nagur University. She filed her application saying she has multiple ailments including osteoarthritis, glaucoma and high blood pressure. She was arrested on June 6, 2018.

Ms. Bharadwaj, 61, is a trade unionist and human rights lawyer. Her medical bail has also been rejected by the special NIA court and she suffers from diabetes, blood pressure and ischemic heart disease. She was arrested on August 28, 2018.