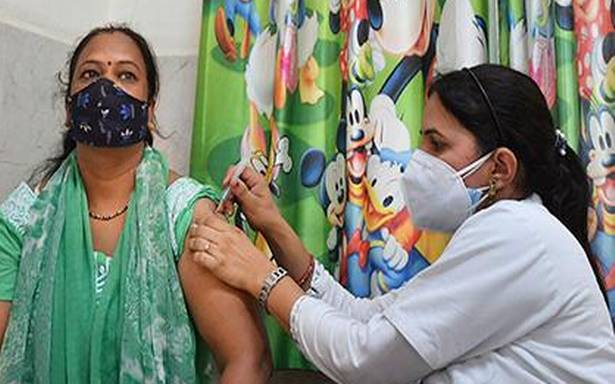 The Capital has received 1.25 lakh doses of Covishield and 20,000 doses of Covaxin vaccines for 18-44 age group, and the youth can now get vaccinated for free at government centres, AAP leader Atishi said on Wednesday.

Ms. Atishi said that private hospitals were administering the vaccines at “exorbitant costs” and now vaccines are available at government centres free of cost.

There was no stock of Covishield for 18-44 years in government facilities for the past many days and Covaxin was being given only for second dose. So, there was no free first dose for the age group.

Ms. Atishi said that the total tally of vaccines administered in Delhi has reached over 57 lakh, and 13 lakh people have been administered both the doses.

She also said that the government has received Covaxin for people of 45 years of age and above.

The Capital reported 337 new COVID-19 cases in the past 24 hours, taking the total cases to 14,30,128, according to a health bulletin released by the Delhi government on Wednesday.