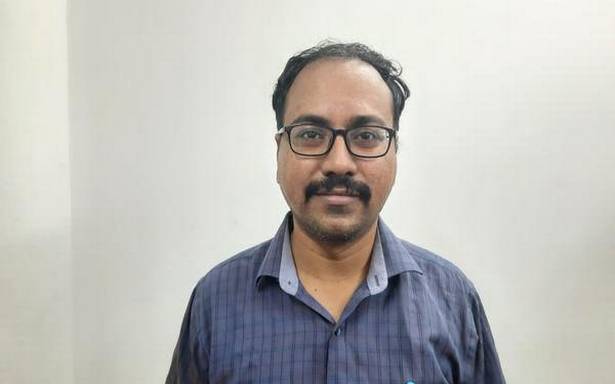 Convenor of Arappor Iyakkam in an interview to the The Hindu

Jayaram Venkatesan, convenor of Arappor Iyakkam, an anti-corruption organisation, which had flagged numerous instances of corruption during the 10-year AIADMK rule [2011-21], is unhappy at the pace of investigations. Edited excerpts from an interview the 40-year-old engineer-turned activist gave The Hindu.

What is the status of the complaints filed by your organisation against ministers of the erstwhile AIADMK regime?

We filed 14 complaints with the Directorate of Vigilance and Anti-Corruption (DVAC) including against then Deputy Chief Minister O Panneerselvam, ex-Ministers Kamaraj, S.P. Velumani, K.C. Veeramani, P. Thangamani, and Natham Viswanathan. So far FIR has been filed only against Mr Velumani for tender related corruption and Mr Veeramani for [amassing] disproportionate assets. We are told most other complaints are in “Preliminary Enquiry or Detailed Enquiry” stage.

How do you see the progress of investigations by the DVAC?

We collected hard evidence through RTI Act and online research that prima facie shows occurrence of cognisable offence, which is enough for filing of a FIR straightaway. However, the DVAC has been going in for Preliminary and Detailed Enquiries as a routine affair. These enquiries are going at a slow pace and is delaying the filing of a regular case.

What were the major cases you flagged in the recent past?

We filed a complaint in March on [suspected] corruption in TANGEDCO to the tune of Rs 54,000 crore in procurement of electricity at double the market rates over the last seven years. A complaint on Rs 2,028 crore corruption in procurement of palm oil, dhal and sugar in Civil Supplies was filed in June and the complaint on KP Park Building construction corruption where IIT CUBE has given a report which substantiate the irregularities in the construction was filed on November 2. Enquiry is on only in the ration scam. The status of other two complaints is unknown. We are unhappy with the slow progress but remain hopeful.

The recent DVAC cases against some former AIADMK Ministers rely on their declaration of assets in election affidavits. Is the investigating agency missing out on benami assets?

DVAC must be appreciated for filing the cases. Except for Mr Velumani, four ex-ministers are facing disproportionate assets (DA) cases. DVAC seems to prefer DA cases as they are based on documents such as election affidavits and Income Tax returns and easy to investigate. But that alone is not enough. Firstly, action needs to be a deterrent one. Most corruption happens in collusion with some senior officials and it is important to make them accountable by including them in FIR. However, there seems to be resistance from the Government to book officials. This may also be a reason why DVAC is taking the DA route. Secondly, the massive corruption in the last few years resulted in heavy loss of taxpayers’ money. So, it is important to dig deeper and bring back as much as possible to the Government’s Treasury. For this, DVAC needs to investigate tender corruption losses, benami assets and so on.

DA cases against senior DMK leaders, some of who are Ministers now, are pending for years…

Yes, the delay in trial is a huge cause of concern. Supreme Court said corruption cases must be given top priority in trial. Special courts for MPs and MLAs for speedy trial was also set up. Theoretically, trial against a MLA/MP should be done on a daily basis and completed within a year. However, there are huge delays which is not serving any purpose.

You had published data on the performance of DVAC in recent times. Could you throw some light on it?

The performance of DVAC was very poor between 2014 and 2017. It had gradually improved in recent years after our citizen’s campaign in 2017. The number of FIRs filed by DVAC improved from 66 in 2014-15 to 286 in 2020-21. Over the last eight months, we have seen DVAC actively conducting random searches and filing many FIRs. The Government needs to convert DVAC into Lokayukta with suitable amendment to TN Lokayukta Act and provide them with independence in finance, recruitment and functioning. Giving such functional autonomy to the DVAC alone can help combat corruption in a big way.