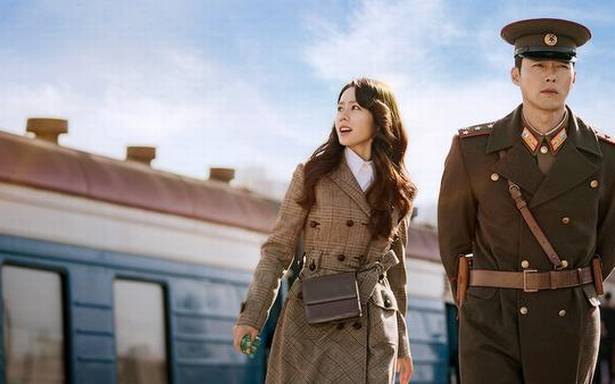 One reason why K-dramas are so popular in India is perhaps the fact that they are largely by, for and of women

I began to watch Korean dramas (K-dramas) only a year ago. Now, 56 K-dramas down, my one major takeaway is that it’s a world full of women. Sweet women, nasty women, naive women, conniving women, the whole gamut of femininity. Women who indulge in intensely feminine pleasures like gazing at a fresh bloom. Women who serve haejang (hangover) soup to other women the morning after a liquid binge.

These women have sexual agency. Let’s go to bed, they say. Let’s live together, they say. In a society rife with social taboos rather like our own, dewy-eyed young women get to date and eventually marry men their parents whole-heartedly disapprove of. Some women get to keep children born out of wedlock. In a culture that celebrates restraint, these are incredible women.

And depicted in drama after drama, they are part of a girl gang, or mixed gang, the former a vibrant hurrah to friendships between women who laugh together, weep together, bicker and make up, have each other’s backs. It’s a quiet empowerment for some, an urgent grab at what’s rightfully theirs for others. Since food is a huge feature of Korean lives, you get food scenes aplenty — but often, the female lead is hopeless at cooking, so the male lead either happily cooks and serves dishes such as jajangmyeon, japchae, kimbapand the ubiquitous kimchi or tolerates her enthusiastic burnt offerings with nary a flinch. One game fellow actually goes to his wife’s village and helps her parents and their neighbours prepare kimchi.

Many of the writers and their teams are female, creating these dramas for a largely female audience; so it’s no big surprise that there are some strong women onscreen. There’s Park Ji-eun who wrote the mega hits Crash Landing on You, The Legend of the Blue Sea, My Love from the Star; Park Hye-ryeon, who wrote While You were Sleeping; the Hong sisters of My Girlfriend is a Gumiho and Hotel Del Luna; Kim Eun-sookwho wrote the clever The King: Eternal Monarch and hugely successful dramas such as Mr. Sunshine, Goblin, Descendants of the Sun, The Heirs, Secret Garden; Lee Woo-jungof the instantly recognisable and loveable Reply 1997, Reply 1994, Reply 1988, Hospital Playlist, and several others.

These writers make no excuses for the way their female characters behave. There are mothers who go full-time melo, slap their grown- up kids. There are petulant chaebols (rich business

families), not-so-young women who work their way up from poverty, women who have jobs in one country and boyfriends in another. There are women who fall for the bad ‘uns who don’t reform themselves by episode 16. There are female leads who themselves are bad ‘uns. There are lion-hearted stuntwomen; spoilt brats who remain spoilt brats; weightlifters aiming for an Oly medal. There are victims of marital abuse who either escape their hell, stay on taking all the abuse, or avenge themselves. The men cry and suffer palpably, which may be wishful thinking but definitely raises a cheer from women viewers!

These women characters are given strong brushstrokes at the start of the drama and then pointillist accretions happen all through, till we get a detailed picture, warts and all. We wince at the way they behave sometimes, we roll our eyes in exasperation at the lifestyle choices they make, but deep down we are rooting for them. We crack up at their wit, we grin at their exuberance, we smile in understanding at their reserve. We understand their caution, their hesitation, their longings. We understand these women. Because they are us, speaking another language.

A still from ‘Wok of Love’ | Photo Credit: Special Arrangement

And so, the ‘gentler sex’, who IRL have to deal with harsh realities such as gender discrimination, sexual harassment, who are treated like second class citizens in ways subtle and obvious, find these K-dramas a sweet escape. What better morale-booster than to show strong women reaching into themselves for the resources to face adversity, for the guts to grab opportunities as they come, to come up trumps in love, at work, at home, on the streets?

These women resonate big-time with K-drama watchers in India: they have independence, hopes and dreams that rise above the romance track. They are not there just to make the male lead look good. The women take centre stage. Even as the plot dwells on their soft, empathic, emotional side, their strengths are revealed as the story progresses. Basically, K-dramas are a celebration of the feminiverse.

The Bengaluru-based writer is an author, journalist and manuscript editor.