Breach of privilege notice given by Congress legislator V.D. Satheesan

In an unusual move, Speaker P. Sreeramakrishnan on Wednesday referred a breach of privilege notice given by Congress legislator V.D. Satheesan against Finance Minister T.M. Thomas Isaac to the Privileges and Ethics Committee of the Assembly for scrutiny.

It is the first time in the history of the House that a breach of privilege notice against a Minister is referred to the committee for scrutiny.

The decision came after Dr. Isaac gave his explanation sought by Mr. Sreeramakrishnan on the basis of the notice under Section 159 of the Kerala Legislative Assembly, Rules of Procedure and Conduct of Business. Mr. Satheesan had alleged that Dr. Isaac infringed on the rights of the House by prematurely disclosing the details of an audit report of the Kerala Infrastructure Investment Fund Board (KIIFB) for 2018-19 by the Comptroller and Auditor General (CAG).

Speaking to mediapersons on Wednesday, the Speaker said the committee had also been asked to look into the fundamental issues raised by Dr. Isaac, in his reply on Monday, on the laying of the CAG report in the House and on the breach of privilege committed by the CAG.

The nine-member committee headed by A. Pradeep Kumar will meet on December 4 to look into the issue. “The Minister has pointed out that this was not just a matter of breach of privilege of the Assembly but there are certain unprecedented situations. Let the committee take a decision after hearing both sides,” the Speaker said.

According to Dr. Isaac, he thought it was a draft report from the CAG and that he assumed the CAG would seek the opinion of the government ahead of preparing the final report. However, it was only later that he realised it was the final CAG report.

Opposition parties attempted to depict the Speaker’s decision as a sign of the abandonment of Dr. Isaac by the party and administration. Leader of the Opposition Ramesh Chennithala said Dr. Isaac should resign as he did not have the right to continue in the post. He had also violated the Official Secrets Act and a case should be registered against him under the Indian Penal Code, he said.

Dr. Isaac welcomed the opportunity to state his case, and said the Speaker’s decision was not a punishment as was made out by the Opposition parties. 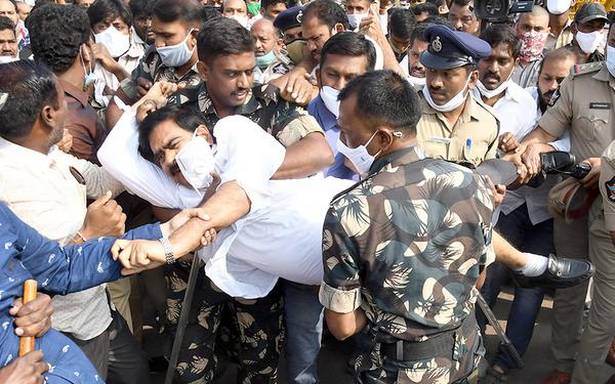