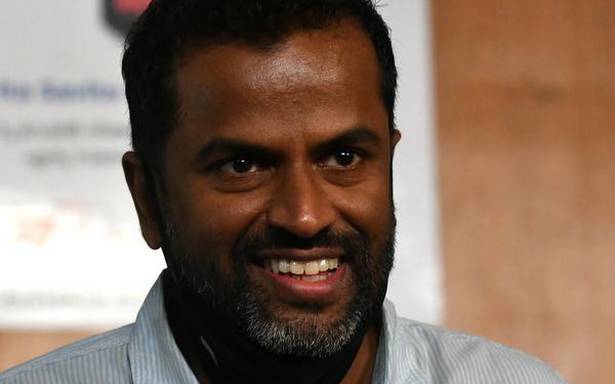 If 0-41* was a strange enough name for the work by a debut director, then the tag Made in Kanhangad, a sleepy Kasaragod town, made it even more curious. The docu-drama made in 2016 reached another level when Bollywood filmmaker Anurag Kashyap posted a tweet hailing it, elevating its maker Senna Hegde from obscurity to limelight. Four years since the debut, Mr. Hegde seems to be hitting the headlines again with his second outing in Malayalam through Thinkalazcha Nischayam that was widely appreciated at the International Film Festival of Kerala.

It was good. I sold it to Anurag Kashyap’s Phantom Digital. Then I went on to make Katheyondu Shuruvaagide in Kannada. It did reasonably well and became a big deal after releasing on Amazon Prime. Then I decided to make a movie in Malayalam, as it is connected to my roots [his father belongs to Kanhangad, while mother is from Karnataka]. Thinkalazcha Nischayam is another 0-41*, but with a proper budget. It happens in a house in Kanhangad and is about the dynamics that emerge between people two days before an engagement.

Like my first movie, this one too had 80-90% newcomers in the cast. The collective experience of these actors could be probably less than 10 minutes of screen time before. I like working with newcomers, as they will have their innocence intact. We can use their energy to seek the spontaneity in their performance. I get the freedom and flexibility to push them where you want.

Making movies has become way too easier these days. But getting a movie out for release is the hardest part despite having several platforms, as it revolves around factors like who acted in it or who made the music. OTT is also business. But generating revenue and working with newcomers at the same time required an extra push.

I consciously stay away from telling people what to do. The problem is we think we know what is right, and it becomes an agenda when we want to push our ideas into somebody else. If I have a story to tell, I will find out a way to tell it. I am not apologetic about what I put on the screen. But I will never make a movie to push an agenda or tell people what is right or wrong.