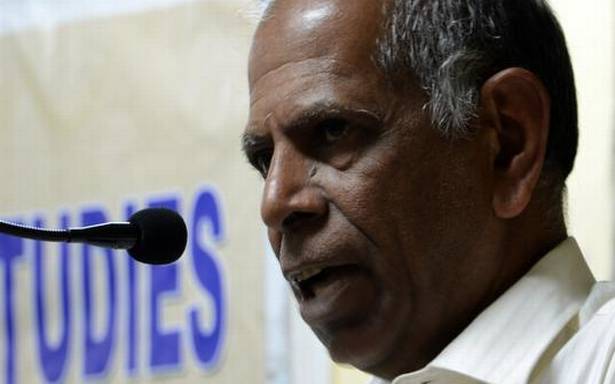 K.P. Fabian says reason cited by MEA for denial of permission to Bengal CM is unconvincing

The Italian organisation that invited West Bengal Chief Minister Mamata Banerjee is “highly prestigious,” said former Indian ambassador to Italy K.P. Fabian. His comments came in the backdrop of allegations by Ms. Banerjee that the Ministry of External Affairs denied her permission saying that Sant’Egidio, the Rome-based organisation, did not deserve such high level participation.

“Sant’Egidio is a highly prestigious international organisation and it has mediated for peace in different locations across the world, including in Algeria, and their conferences are attended by leaders and religious heads,” said Mr. Fabian, who served as the Indian envoy in Rome.

Earlier on Sunday, Ms. Banerjee said the Central government had repeatedly denied her permission to attend prominent international conferences. “Many States don’t take permission, but I do as I maintain courtesy and discipline. You can’t keep me silent. I wasn’t allowed to participate in programmes at Chicago, China, Cambridge and St. Stephens College. How many programmes will you stop,” said Ms. Banerjee on Sunday, addressing a meeting in Kolkata.

Mr. Fabian suggested, Ms. Banerjee may consider addressing the conference via video link. “The presence of Pope Francis and German Chancellor Angela Merkel makes it a really important event. The reason cited for denial by the MEA is unconvincing as persons higher in protocol than a State Chief Minister from India are invited for the event,” said Mr. Fabian.

The Ministry of External Affairs has not responded to the allegation by Ms. Banerjee that she was denied permission to attend the event by Sant’Egidio which is an international peace-building organisation based in Rome and has worked for peace and dialogue in civil wars and violent conflicts in countries like Burundi, Algeria, Kosovo, Mozambique, Guatemala and Central African Republic.