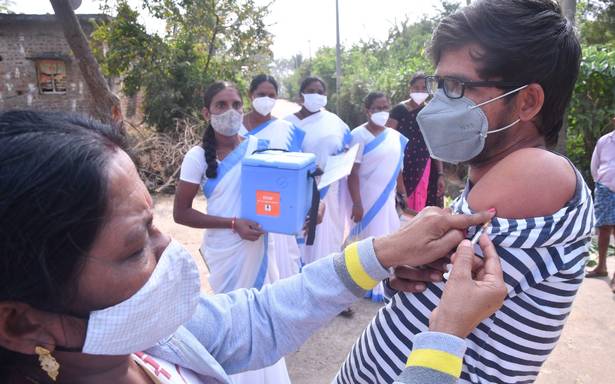 In tune with the surge in Covid cases at the national level, there was a marginal increase in cases in the State too in the last couple of days and the next two to four weeks were crucial for public to stay safe.

The State government expected spike in cases five times or more but it was fully geared to meet the challenge, said Director of Public Health G. Srinivasa Rao.

He told a media conference that the current spell was the beginning of the third wave of Covid which could see high levels of hospitalisation of people. The two to four weeks when Covid could take deep roots will also hopefully mark the end of the pandemic with minimal damage.

Dr. Rao said the government machinery was fully prepared to face any extent of caseload as it had put in place a huge manpower, 60,000 beds and oxygen production capacity of 370 tonnes. The government also had 30 lakh doses of vaccine which will also take care of jabs to teenagers in 15 to 18 age group from January 3.

While sounding caution that the new variant Omicron was spreading six times faster than earlier ones, Dr. Rao said the present stage of cases was an early warning for impending danger but there was no cause for concern as 99 per cent of patients did not have symptoms. Not even a single person out of 62 cases detected till Wednesday had the symptoms of Omicron. The symptoms of Omicron typically were flu and Covid.

The concern was only with cases that had symptoms, Dr. Rao said adding that there were also no changes required in diagnostic tools and treatment methods to tackle Omicron. No changes were required for preventive measures also as people may continue to observe the normal Covid appropriate behaviour. But, more than the virus people had apprehensions about the consequences of the new variant.

He ruled out strict measures like night curfew or restricting movement of people because they did not serve any purpose. They would on the other hand be counter productive affecting livelihoods. Wearing masks, observing physical distances and washing hands frequently were sufficient to meet the threat, he added.

Dr. Rao also said the government was also closely monitoring spike in cases in GHMC limits and the overall positivity rate which was 0.6 per cent. The State government will also get nasal vaccines in coming days to speed up vaccination programme.