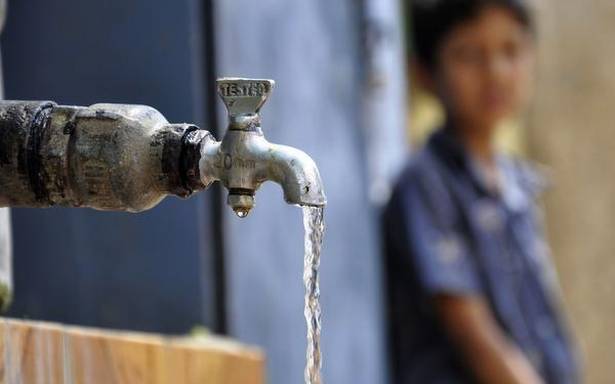 According to data shared by the Jal Shakti Ministry, 100% homes in six states and Union Territories have tap water supply

About 43% rural households have been provided with tap water connections till date under the Jal Jeevan Mission with 100% homes in six states and Union Territories having tap water supply, according to official data.

However, in seven states and UTs, less than 25% households have tap water supply.

Goa, Telangana, Andaman and Nicobar Islands, Puducherry, Dadra and Nagar Haveli and Daman and Diu and Haryana have provided tap water supply to 100% of the households.

Jal Jeevan Mission aims to provide safe and adequate drinking water through individual household tap connections by 2024 to all households in rural India.

Last week, a mid-year review of implementation of the scheme was held by the Jal Shakti Ministry where states’ progress was evaluated, officials said.

In evaluation with Himachal Pradesh, the state committed to providing 100% households with tap connections by 2022.

The Centre has asked HP to prioritise "aspirational districts" and start work in all remaining villages at the earliest, an official said.

In the mid-year review of implementation of JJM in Punjab, the state showed progress that it is achieving more than the annual planned target already.

Jharkhand is the only state with just 17.97 per cent schools having tap water supply, according to the data.