Tens of thousands of athletes, officials, games staff and media are arriving in Japan amid a local state of emergency and widespread opposition from the general public. 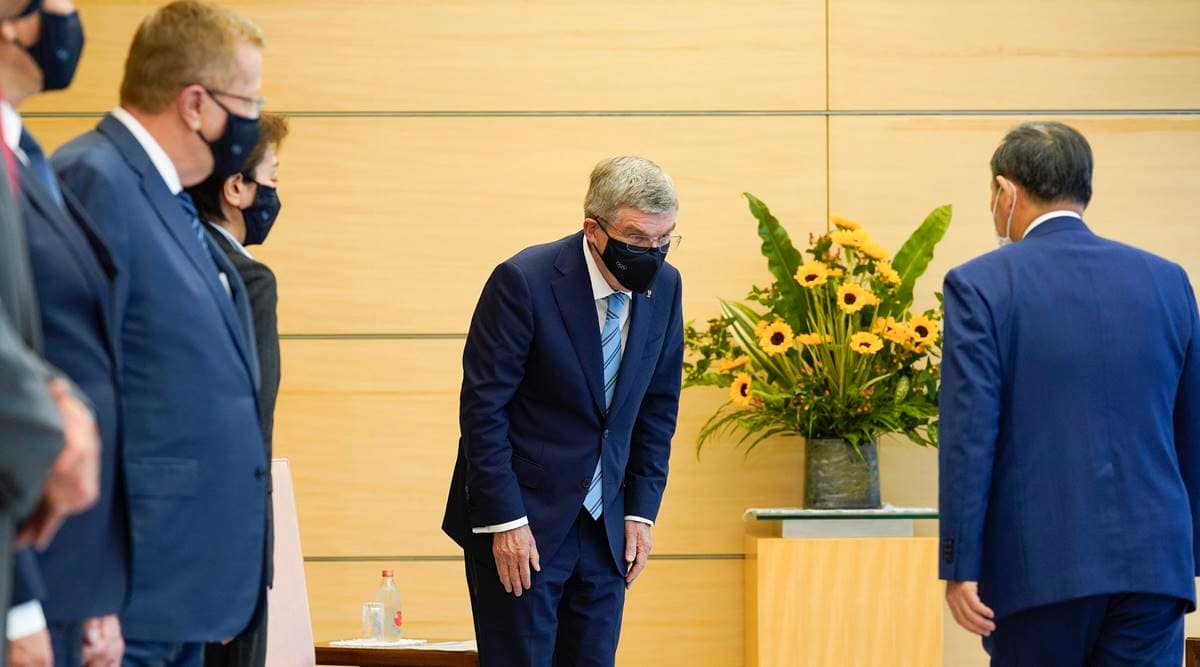 The world needs to see that Japan can stage a safe Olympics, the country’s prime minister told sports officials Tuesday ahead of the Tokyo Games.

Tens of thousands of athletes, officials, games staff and media are arriving in Japan amid a local state of emergency and widespread opposition from the general public.

Events start Wednesday- in softball and women’s soccer -two days ahead of the formal opening ceremony of an Olympics already postponed a year because of the coronavirus pandemic.

“The world is faced with great difficulties,” Japanese Prime Minister Yoshihide Suga told International Olympic Committee members in a closed-door meeting at a five-star hotel in Tokyo, adding “we can bring success to the delivery of the Games.” 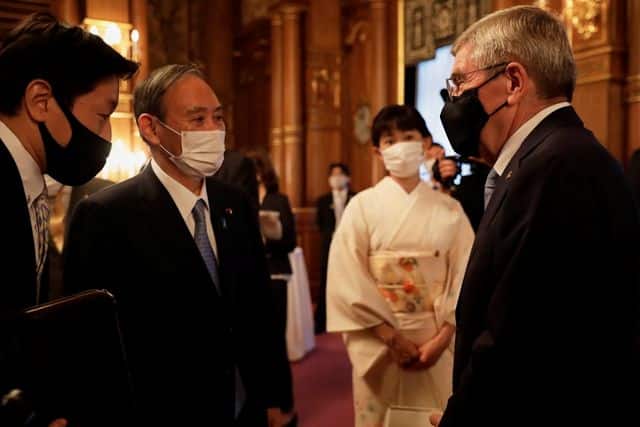 “Such fact has to be communicated from Japan to the rest of the world,” Suga said through an interpreter. “We will protect the health and security of the Japanese public.”

He acknowledged Japan’s path through the pandemic toward the Olympics had gone “sometimes backward at times.”

“But vaccination has started and after a long tunnel an exit is now in our sight,” Suga said.

The prime minister’s office said Monday more than 21% of Japan’s 126 million population has been inoculated.
Health experts in Japan have questioned allowing so many international visitors for the games, which end on Aug. 8.

There will be no local or foreign fans at events. The Paralympics will follow in late August.


This cooperation meant “85% of Olympic Village residents and 100% of IOC members present here have been either vaccinated or are immune” to COVID-19, Bach said.

About 85 of the 101 IOC members were in the room for their first in-person meeting since January 2020. Their previous two meetings, including to re-elect Bach in March, were held remotely.

The IOC declined to say if any members who are not vaccinated had been asked to stay away. One member missing the meeting, Ryu Seung-min of South Korea, tested positive for COVID-19 after arriving on a flight Saturday.

Bach has been met with anti-Olympic chants from protesters on visits in Japan since arriving two weeks ago, including at a state welcome party with Suga on Sunday.

The IOC leader praised his hosts Tuesday, saying “billions of people around the world will follow and appreciate the Olympic Games.”

“They will admire the Japanese people for what they achieved,” Bach said, insisting the games will send a message of peace, solidarity and resilience.

Canceling the Olympics was never an option, Bach said, because “the IOC never abandons the athletes.”

Staging the games will also secure more than $3 billion in revenue from broadcasters worldwide. It helps fund the Switzerland-based IOC, which shares hundreds of millions of dollars among the 206 national teams and also with governing bodies of Olympic sports.

Bach said the IOC is contributing $1.7 billion to Tokyo organizers of the Olympics and the Paralympics.