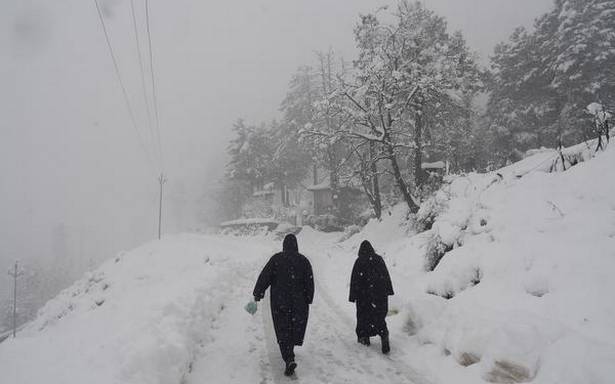 Links with two Kashmiris based in Saudi Arabia and Pakistan unearthed, they say

The J&K police on Thursday said they busted modules of Lashkar-e-Taiba (LeT) and Jaish-e-Muhammad (JeM) and unearthed their links with two Kashmiris based in Saudi Arabia and Pakistan.

“These modules had done a recce of security installations like NIA office, Delhi police headquarters etc. and shared the same with handlers in Pakistan,” the police said.

According to the police, two militants, Suhail Qadir Khanday from Pulwama’s Tral and Suhail Mushtaq from Pulwama’s Niklora of The Resistance Force and the Mujahideen Gazwatul Hind (MGH), both off shoots of the Lashkar-e-Taiba and the Jaish-e-Muhammad, were held recently near Barzulla Bridge in Srinagar.

“They further identified two associates, Basit Bilal Makaya from Qamar Abad, Qamarwari, Srinagar, and Naikoo Imad Nasar from Shopian’s Kiloora as Over Ground Workers. They were arrested too,” the police said.

They said, during questioning the arrested militants said they were operating in Srinagar city on the directions of Dr. Asif Maqbool Dar of MIG Colony Bemina, at present living in Dhamam, Saudi Arabia, and Sajjad Gul of HMT Parimpora, at present in Pakistan.

“Both the handlers Dr. Asif and Gul were providing these militants and OGWs weapons and money through a network of OGWs,” the police said.

They said the module was behind the targeted killing of a property dealer in Safakadal area on December 22.

“As per the investigation, the targets in city for killings were also selected and conveyed to them by Dr. Asif and Gul. Khanday was working in Saudi Arabia with Dr. Asif and in August 2021, on the direction of Dr. Asif, he came back and started working as an operative of TRF/MGH for coordinating the collection of arms and ammunition, money and militant attacks in Srinagar city,” the police said.