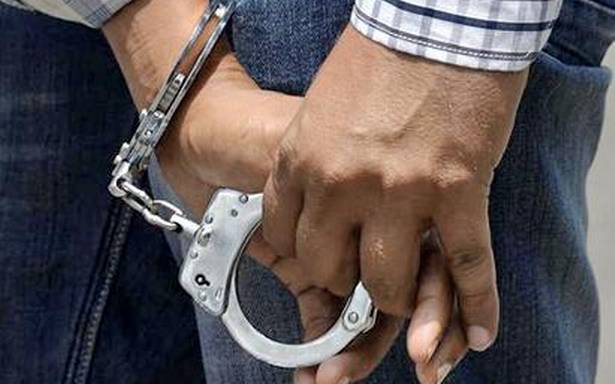 The prime accused in the stoning and burning of a BJP worker in Jharkhand’s Simdega district for allegedly illegally felling trees, which is against local tribal traditions, has been arrested, police said on January 10.

Thirty-two-year-old Sanju Pradhan was stoned to death and his body set on fire by a mob barely 100 metres from his home near Besrajara Bazar in Kolebira police station area on January 4.

Village headman Subun Bud, the prime accused in the case, was nabbed on January 9 following a massive manhunt, taking the total number of arrests in the case to eight. The search for five other accused named in the FIR is underway.

As per the deceased’s family, the village headman had convened a meeting prior to Pradhan’s killing and called him out of his house and started beating him, which sparked the mob fury.

Superintendent of Police Shams Tabrez told PTI that a manhunt has been launched to nab the remaining accused and a massive contingent deployed in the village to accord protection to the deceased’s family.

A case has been registered against 13 identified and 25 unknown people for murder, rioting with deadly weapons and unlawful assembly.

BJP had staged demonstrations across the district, and members of the Bhokta community had blocked roads in Kolebira against the incident.

The deceased’s wife alleged that police officers present on the spot did nothing to save Pradhan, while the law enforcers claimed that a 1,000-strong mob involved in the incident stopped them from reaching the spot and they managed to retrieve the burnt body after facing stiff resistance from locals.

Chief Minister Hemant Soren had asked Simdega officials to investigate the matter and inform him, while BJP leaders including party’s State chief Deepak Prakash, Union Minister Arjun Munda and former Chief Minister Raghubar Das had condemned the incident and alleged that lawlessness prevails in the State.

The incident took place barely a fortnight after the Jharkhand Assembly passed the Prevention of Mob Violence and Mob Lynching Bill, 2021, which aims at providing “effective protection” of constitutional rights of people and the prevention of mob violence in the State.