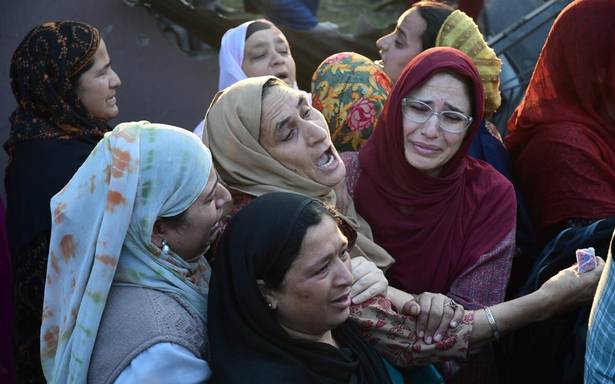 The latest spate of attacks in Jammu and Kashmir is a part of the terror outfits’ new strategy to derail the measures being taken by the government to promote industrial development and extend domicile status to various categories of people, making them eligible for jobs and other benefits, according to the National Investigation Agency findings.

A web blog post uploaded in September last week spelt out the strategy to be adopted by terrorists in view of several measures taken by the government after the dilution of J&K’s special status in August 2019 and its subsequent bifurcation into Union Territories. The blog has now been blocked on the orders of the Ministry of Electronics and Information Technology.

“The blog’s content was circulated among the terror outfits, following which 11 civilians have been murdered in J&K so far. The victims include migrant workers,” said an official. On Sunday, the terrorists entered a rented accommodation and gunned down two migrant workers in Kulgam. Another labourer was injured in the attack.

In the counter-terror operations, the security forces have eliminated 13 terrorists in the past 10 days. The NIA has also arrested nine persons having alleged links with various banned outfits.

It is learnt that the blog post exhorted the terror outfits to target non-local employees and the individuals who had been issued domicile certificates; and to ensure that no land was given to non-locals under the new J&K Development Act, particularly entrepreneurs from outside the Union Territory who were planning to set up businesses in collaboration with the locals.

On its proposed targets were also the officials of the NIA, police and those assisting them. The blog post went on to suggest that terror strikes could also be carried out in other parts of the country from where the Indian Police Service and the Indian Administrate Service officials serving in Kashmir had come.

It also directed the outfits to counter the induction of non-local students and staff from outside Kashmir in the educational institutions.

Investigations are on to determine the identity and location of the person who had opened the blog account. Its contents are also being examined by experts to assess the threat perceptions.

“While a hunt has been launched for the suspects involved in the recent attacks, there is an urgent need to expedite the process of setting up secure residential and official infrastructure facilities for the probe agencies and vulnerable communities in J&K,” said another official.

Till July last, the government had issued domicile certificates to more than 41 lakh people, including about 56,000 West Pakistan Refugees, close to 2,800 Valmikis and about 800 Gorkhas. Large tracts of land have also been transferred to the Industries and Commerce Department in the Union Territory for establishing industries and attracting investments.