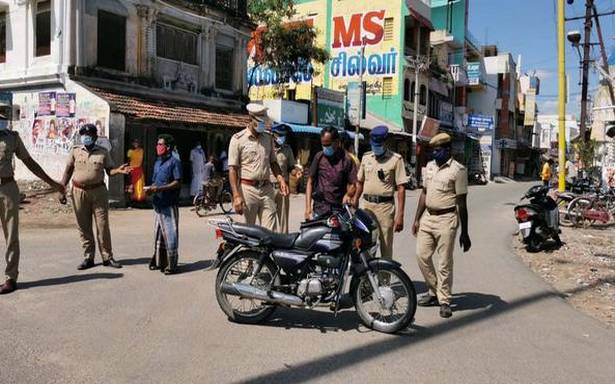 The personnel were trained to operate the cameras, and they will be mostly used to monitor major protests and during mass vehicle checks.

With a view to ensuring strict enforcement of rules and to bring in more accountability and transparency in the day-to-day functioning of the police force, the Kallakurichi district police have distributed body cameras to patrol teams manning the main thoroughfares.

Superintendent of Police Ziaul Haque distributed six cameras to patrol teams in three police sub-divisions in the district. “We will get more cameras for police personnel in the remaining stations in the second phase,” he said.

The personnel were trained to operate the cameras, and they will be mostly used to monitor major protests and during mass vehicle checks. Police personnel deployed at major junctions would wear these cameras, he added.

Mr. Haque said the initiative would bring in more accountability, responsibility and transparency. The cameras will record high-resolution audio-visuals that will be stored on a memory card.

The recorded footage may also be seen live from the police control room. The device will avoid confrontation between the police and motorists stopped for violation of traffic rules.

“The conversations between both parties will be recorded. The footage will also act as evidence in incidents involving altercations or assaults to deter public servants from discharging their duties,” he added.