Mahendran tries to cover up for his lack of honesty, acumen and his failure by blaming others and tries to earn sympathy. I am happy that a weed removed itself, says the MNM leader 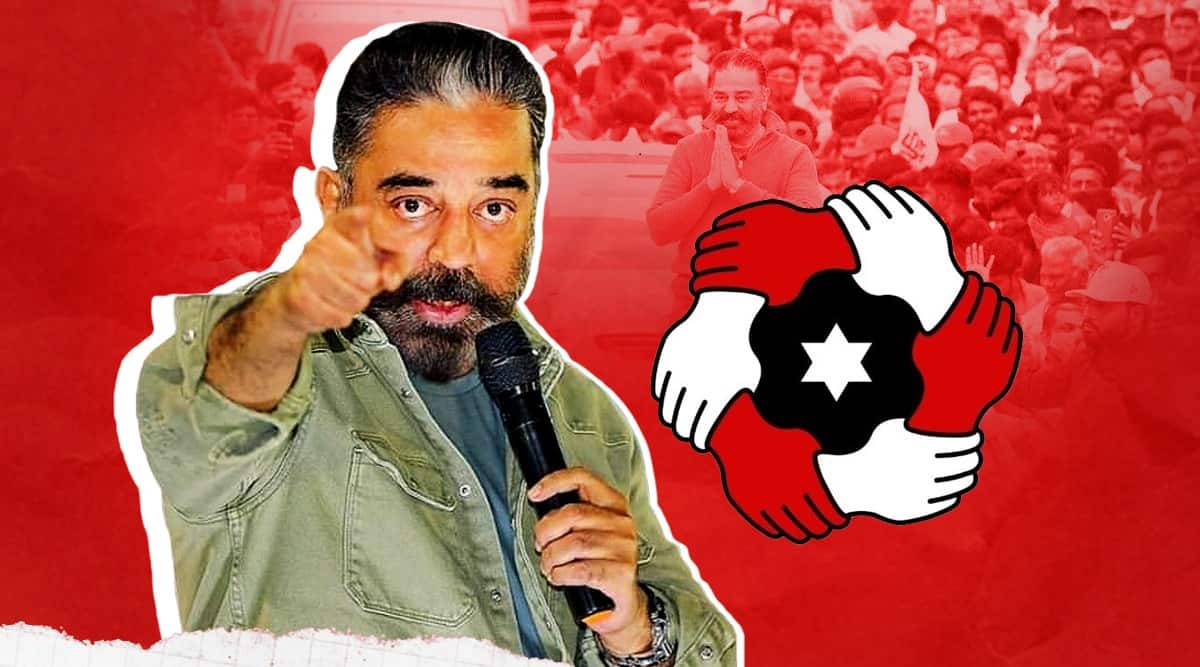 Makkal Needhi Maiam (MNM), a party that was founded by actor Kamal Haasan in 2018 is in a mess. After an underwhelming performance in the 2021 assembly election, the party’s key functionaries resigned, it’s time to introspect.

In the polls, MNM failed to win a single seat and garnered 2.5 per cent share of votes, lower than their performance in the 2019 Lok Sabha polls where they got 3.7 per cent.

In the 2021 elections, MNM were pushed behind other parties like Naam Tamizhar and Amma Makkal Munnetra Kazhagam. Party leader Kamal Haasan himself lost in the Coimbatore (South) constituency to BJP Mahila Morcha President Vanathi Srinivasan by a slender margin of 1,728 votes.

Party vice-president R Mahendran resigned from his post and quit the party blaming a few advisors at the top over the running of the party and said Haasan’s approach hasn’t changed ever after the party suffered a rout. In a letter addressed to Kamal Haasan, Mahendran claimed there is no democracy in the party. He said the multifaceted party was being converted into a fan club by Sankhya Solutions, the poll management company for MNM.

“Many worked hard with the hope that this will change after polls. So I stayed with him (Haasan) but felt that in the last month or so there was no change in his approach,” Mahendran said.

In reply, Haasan slammed Mahendran calling him a betrayer. Haasan said they faced not just opponents but also betrayers. “Remove the betrayers was the unanimous voice of the party. Mahendran was on top of the list,” Haasan said.

He added that Mahendran’s only achievement was ensuring that those who had true intentions of working for the party got nowhere in the party structure. “It is a well known fact that the doors of Makkal Needhi Maiam party are always open for exit for those who lack honesty and talent. He (Mahendran) tries to cover up for his lack of honesty, acumen and his failure by blaming others and tries to earn sympathy. I am happy that a weed removed itself, it will be an ascendancy for our party henceforth,” Haasan added.

Further, he said they put out their best effort in the war and there is no need for him to offer words of courage to encouragement to the members of the Makkal Needhi Maiam family as their sacrifices and bravery are well known.

Speaking to indianexpress.com, late president APJ Abdul Kalam’s scientific advisor V Ponraj who was appointed as the vice-president of MNM, explained what happened behind the doors of the MNM governing body meeting.

“We had a meeting post the election results and all the senior functionaries participated in it. Our leader wanted to completely revamp the party so he conducted a one-on-one session with each of us and asked us to provide our resignation. He spoke with other candidates as well through zoom meetings. He felt certain people who were given responsibilities didn’t do their job,” he said.

When asked about Mahendran’s accusations against the party and its leader, Ponraj said it is common for people to take credit when there is a victory and involve in the blame game after facing a defeat.

“We came to know about Mahendran’s decision to quit the party a bit later because he handed over a sealed cover to the leader. Also, Mahendran was not the only one who raised the issues in the party as he claims, everyone of us told the party high command about the issues that are happening inside and outside the party and our leader was patient enough to listen to all. All of us joined the party for Kamal Haasan, we all like him and we had a passion for politics and we want to bring a change. He told us what mistakes we made and said he owned up the complete responsibility for the party’s performance,” he said.

Ponraj further said any idea in India will take seven years to materialize and MNM is a party that is just three years old. “Haasan doesn’t want a leader-centric party, he wants an Ideology-centric party driven by a leader. We are with him and we hope he will address the issues and take corrective actions wherever it is needed. He wants the party to build in a long-term perspective,” Ponraj added.

A couple of senior members blamed Sankhya Solutions for interfering in day to day affairs of the party apart from providing election strategies. They claimed some of the decisions were taken by Haasan on their suggestion without consulting any of the senior members of the party.

M Tholkaapiyan, MNM’s district deputy secretary for media in a letter addressed to Suresh Iyer, the director of Sankhya Solutions, said the election management company did cross their line and interfered in party affairs. He claimed Sankhya Solutions which had no connection with the party whatsoever instructed the members what to do and what not to do. He added that he witnessed the decline of the party’s growth after the election management company’s interference but kept to himself due to the respect he had for their leader Haasan.

Actor and lyricist Snehan, who had been with the party since its inception and had contested in both Lok Sabha and assembly polls, felt that they would have performed better if they had contested alone.


“People believed that whatever he (Mahendran) did was for the welfare of the party but later only we realised there was an ulterior motive. Even in my case, when I and other people wanted me to contest from Tiruppur, I was made to contest from an unfamiliar constituency like Sivaganga. I didn’t make an issue of it that time as I thought there was no use. Given the responsibility, Mahendran should have been the person responsible for the loss, introspect where we went wrong, and initiate necessary plans but he was the first person to jump out of the ship. He blamed the party and shamed a person who has held a responsible image for over 50 years and sacrificed his movie career to come to politics for people’s welfare,” he said.

When asked about what type of changes MNM leader Haasan is likely to make in the party, Snehan said the period is a good time to introspect and induct some of the old Narpani Mandram members who worked hard for the party and were pushed out by some of the people for their benefit. “All the activities happening in the zone/district levels will now be under the direct supervision of the leader. There will be changes of office bearers district/zonal level too. This is done to strengthen the party and I appreciate it wholeheartedly,” he said.

When parties like AIADMK, DMK were involved in convincing their allies to settle for fewer seats as they wanted to contest in more constituencies, Makkal Needhi Maiam had a different strategy which backfired. They contested in 142 constituencies and gave away 40 seats to parties like Indhiya Jananayaga Katchi, 33 to All India Samathuva Makkal Katchi which have hardly performed well in the elections in the state over the years.

Snehan said the decision to join hands with other parties was taken due to financial pressure. “If we had contested alone we would have performed better. We joined hands with other parties which is a big mistake according to me. The party high command took that decision because they don’t want to put financial pressure on local district/zonal functionaries. Our decision was wrong but I can assure you that our vote share hasn’t decreased and people will get to know us with our performances in the upcoming polls,” he said.