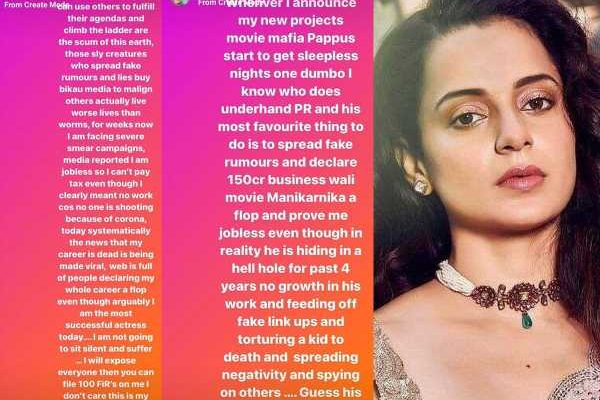 Few days ago the national award winning actress Kangana Ranaut made the official announcement regarding her upcoming project Emergency, a film on Indira Gandhi. Kangana Ranaut also said that she is pleased to wear the director’s hat again after the historical drama Manikarnika: The Queen of Jhansi.

Queen actress thinks whenever she announces a new project, Movie Mafia Pappus run a smear campaign against her and spread the negativity around her name. Kangana Ranaut threatened to expose these people by saying, “I will expose everyone then you can file 100 FiR’s on me. I don’t care, this is my last warning, back off.”

On the otherside, Kamaal Rashid Khan, also known as KRK, recently landed in legal trouble with  Bollywood actor Salman Khan after the latter filed a defamation suit on the latter. Now he has made some predictions about Kangana Ranaut’s next film Emergency, which is based on late Prime Minister Indira Gandhi. KRK tweeted, “Director Madhur Bhandarkar made film Indu Sarkar on Indira Gandhi and emergency, Aur Kutta Bhi Dekhne Nahi Gaya! Now Kangana Ranaut is making a movie on the same subject. It means she wants to make the 12th flop in a row. Her last 11  movies are super flop!”.