While 16 of the 17 disqualified MLAs were inducted into the BJP a day after the Supreme Court cleared them to contest the December 5 bypolls, Baig, who is under investigation by the CBI in the multi-crore IMA ponzi scheme scam, was not inducted into the saffron party. 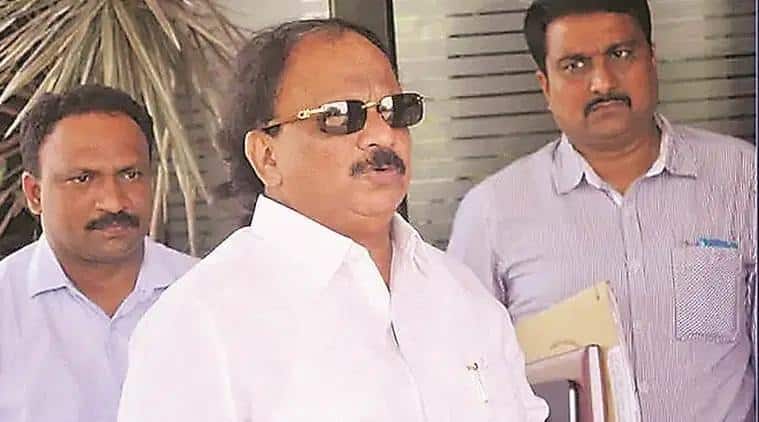 A few days ago, Roshan Baig made a brief appearance at the opening of a BJP campaign office at the Shivajinagar Assembly constituency in Bengaluru. There, he made a call to Muslims to support Prime Minister Narendra Modi in the interest of development.

This is the only appearance that the seven-time MLA has made in the run-up to the December 5 bypoll to the seat.

Baig, 68, was among 17 Congress and JD(S) MLAs who rebelled against their parties and associated with the BJP in July to topple the Congress-JD(S) coalition government. All the rebel MLAs were disqualified as legislators under the anti-defection law, forcing the bypolls.

While 16 of the 17 disqualified MLAs were inducted into the BJP a day after the Supreme Court cleared them to contest the December 5 bypolls, Baig, who is under investigation by the CBI in the multi-crore IMA ponzi scheme scam, was not inducted into the saffron party.

He was initially expected to enter the electoral fray as an Independent candidate, but was prevailed upon by the BJP to support a candidate of his choice with the promise of being accommodated in the government after the bypolls. He has reportedly also been advised by the saffron party to lie low and work behind the scenes — and to avoid public remarks.

“The IMA issue lurks in the background of the bypolls in Shivajinagar. The effort is to ensure that it does not become an election issue,” said sources in the BJP government.

Baig’s son Ruman tweeted a few weeks ago that his father would be joining the BJP. The move is yet to be made official. However, Baig is clear where his loyalties lie.

“Shivajinagar is a mini Hindustan with Muslims, Hindus, Jains, Christians and Sikhs all living together. If we want to live together in this country, then we need to join hands with Modi ji and take the country forward. Even Muslim brethren must step forward to take the country forward. A message should not go out that Muslims do not want development,” the veteran politician said at the ceremony at the BJP campaign office.

BJP’s candidate for the region, M Sharavana, also made clear that he is standing on the shoulders of the former Congressman. “I have a few leaders on my side. Roshan Baig is a veteran leader and he has won (the constituency) on seven occasions… If he had contested as a BJP candidate he would have won by a big margin too…,” he said while filing his nomination as the BJP candidate.

The Congress, meanwhile, has fielded Rizwan Arshad in an attempt to capitalise on the Muslim vote base and the IMA scam anger lurking below the surface. The absence of any major Muslim leader of the Congress like former ministers Zameer Ahmed Khan — also singed by the IMA scam — and C M Ibrahim, who himself wanted to contest the bypolls, has been seen as a setback for Arshad’s campaign.

The BJP and Sharavana campaign has also tried to paint to Arshad as an outsider on account of his Mysuru origins.