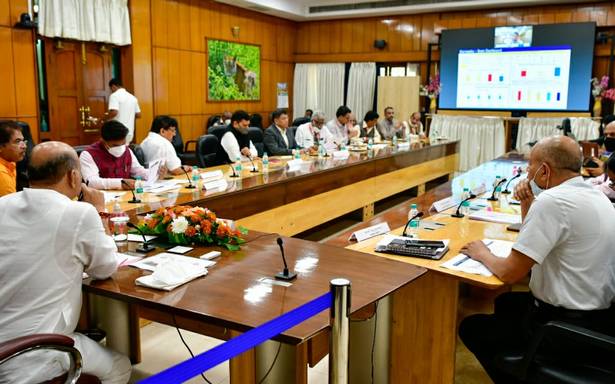 The Karnataka State government has decided to impose night curfew for ten days starting from December 28.

This was decided at a meeting chaired by Chief Minister Basavaraj Bommai on December 26 with the members of the Technical Advisory Committee and health department officials. Speaking to the press after the meeting, Health and Family Welfare Minister K. Sudhakar said that the night curfew will be imposed from 10 p.m. to 5 a.m. “No new year celebrations will be allowed in public places,” he said. He also added that the hotels will be allowed to have only 50 % occupancy. All restaurants, hotels, clubs and pubs will function with 50% of their seating capacity from December 30 to January 2. All these are precautionary measures taken amidst rising cases of Omicron variant of Covid-19.

The night curfew will be applicable from December 28 to January 7.

The Minister said that they were also preparing for a possible third wave. He said that the government will have additional 3,192 ICU beds to the existing 4,000 ICU beds. Oxygenated beds will also be increased.

Dr. Sudhakar said that the government would give booster doses for senior citizens above 60 years with co-morbidities, health and frontline workers from January 10. Vaccination for around 43 lakh children between 15 years to 18 years will begin from January 3.

The Minister said that 97 % of the eligible population had received the first dose and 75 % of them had taken the second dose. “Around 45 lakh people have surpassed the due date for their second dose. We will take up measures to ensure that these people take their second dose,” he said.

All gatherings, meetings, conferences and marriages shall have a maximum of 300 people and will have to strictly follow COVID 19 appropriate behaviour.