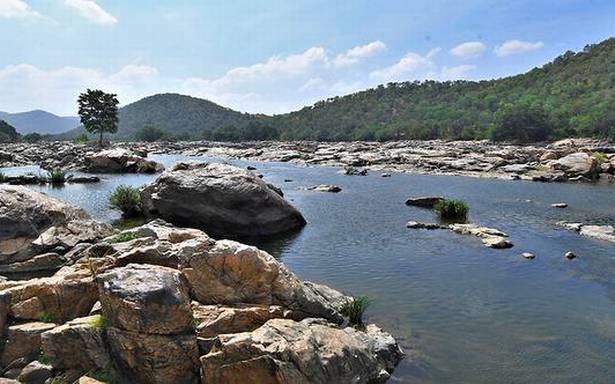 Stating that the BJP government in the State will not back off from the Mekedatu drinking water project across river Cauvery, Chief Minister Basavaraj Bommai said on Sunday that Karnataka will implement the Mekedatu project despite opposition from neighbouring States.

"The State Government is awaiting the approval of the Central Government for the DPR of Mekedatu drinking water project to utilise the additional allocated by the Cauvery Water Disputes Tribunal and Supreme Court," CM Basavaraj Bommai said in his Independence Day address after hoisting the tri colour here on Sunday. "We will implement the Mekedatu project despite opposition from the neighbouring States. Our Government will not back off from this project, which is necessary for drinking water and power generation."

The State has resolved to make the efficient use of river water allocated to the state by faster implementation of irrigation projects, he added. The Chief Minister, however, said that the State is committed to have cordial relationships with neighbouring States under the federal system based on the aspirations of the constitution.

Mr. Bommai said, "Our commitment to the protection of land, water, language and culture of our State is unquestionable. We will take all possible measures under law of the land to avail our rightful share of water." The Government is capable of protecting Kannada, Kannadigas and the pride of Karnataka, he added.

He also warned that there will be no compromise in stern action against anti-social elements that disturb the peace of the society. The Chief Minister also lauded the initiative of several engineering colleges to teach Kannada. "It is indeed an optimistic development to see investors showing interest to invest in the State despite COVID-19 pandemic."