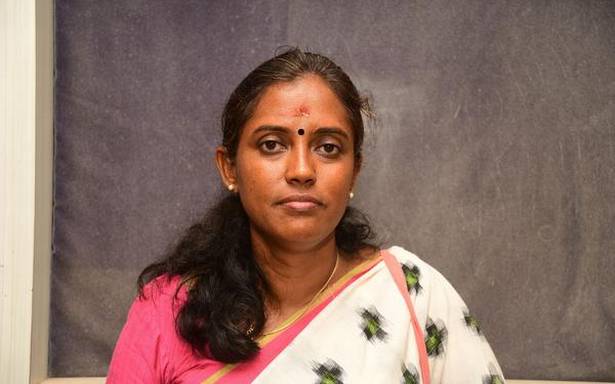 The police on Saturday detained Congress Member of Parliament S. Jothimani for staging a protest against the decision to replace the 70-year old Mahatma Gandhi’s bust-sized statue with a new bronze one at the lighthouse roundabout.

Alleging that the authorities had been carrying out the construction of the pedestal without following the standard procedure, Ms. Jothimani staged a dharna in front of the roundabout. She said that she would not allow the construction.

On information, the police rushed to the spot and held a negotiation with her. But she refused to give up the protest. Following this, the police detained Ms. Jothimani and 60 others.

Ms. Jothimani alleged that the police had acted in a high handed manner while arresting her. As an elected representative, she had every right to question the improper construction, she said. There was no need to remove the Gandhi statue. If the government was genuine in its motive, it should have followed all the mandatory procedures before starting the construction. But, it had attempted to install the new statue in just a day or two, she said.